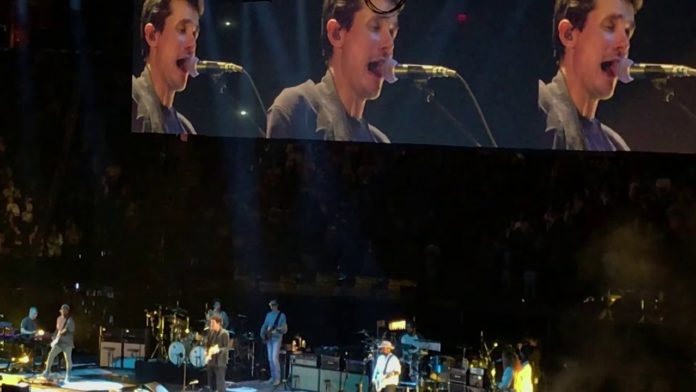 The multi-talented singer, songwriter, guitarist and pianist plays at MSG

Sometimes it all boils down to the music, which is the case with eight-time Grammy Award winner John Mayer.

In July, Mayer kicked off his ambiguously titled 2019 World Tour. One of the most charismatic musicians in the industry, Mayer headlines what is clearly the most romantic tour of the year, transforming each arena where he performs into an intimate affair highlighted by alluring vocals and a highly personalized set list.

Although Mayer has acquired a plethora of mainstream hits, the set list is geared more toward the fans, judging by their constant and unison screams rising up throughout the entire three-hour performance. But the best moments of the show still arrive when Mayer performs some of his staples, such as “Your Body Is a Wonderland” or his breakout single, “No Such Thing.” Another anthem that lights up the already smitten audience comes with the motivating “Waiting on the World to Change.”

However, the show climaxes when John Mayer performs tracks that are both lyrically strong and musically complex, such as the moving “I’m Gonna Find Another You.” In performances such as this, Mayer effortlessly takes you back to the place he was at when writing the track, bringing a depth and overt emotion to the stage, and simultaneously touching the audience on a personal level. Mayer opts to end the show on a high note, routinely closing out the expansive 25-track set list with his 2018 single, the upbeat “New Light.”

A singer, songwriter, guitarist and pianist, John Mayer is a testament that you do not need a new album on shelves or a highly publicized single on the airwaves to sell out one of the world’s most famous arenas. Many times it’s just sheer talent that carries the day…and the good looks don’t hurt either!