Eric “Gumby” Anderson was a high school cross-country coach. Near the end of school, one of his runners was beaten by three classmates — one of them a football player. Calling the runner a “faggot,” they fractured his jaw and damaged his eardrum. It was not the first incident involving a member of the Huntington Beach High School cross-country team. It had been happening ever since Anderson came out as gay. 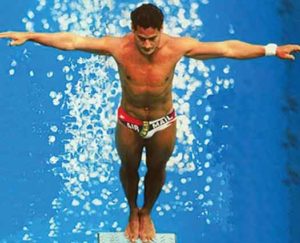 The coach’s announcement — earth-shaking at the time — occurred in 1993. The vicious beating took place three years later. The incident framed the first story in the book Jocks: True Stories of America’s Gay Male Athletes. It was published in 1998.

I wrote that book. Nearly 20 years ago, it was as groundbreaking as Anderson’s announcement had been. It was the first book-length compilation of the experiences of gay male athletes — the first time, really, that there was a public acknowledgment that such people existed.

Gay athletes had been around forever, of course. Ancient Greek men, I noted in the introduction, had used sports as an opportunity to meet boys. (The root word for “gymnasium” — “gymnos” — has nothing to do with athletics. It means “nude.”)

Football players Dave Kopay and Jerry Smith, baseball outfielder Glenn Burke, and diving champion Greg Louganis had all come out of the closet already — though not always of their own volition. Only two male athletes, however, had done so during their active careers: figure skating star Rudy Galindo and soccer player Justin Fashanu. 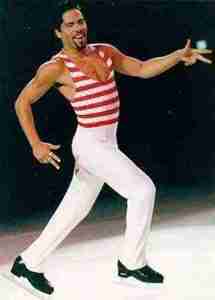 The 1990s were still a fearful time to be a gay athlete.

Yet something else was stirring. Across America — in rural towns, faceless suburbs and large cities — teenagers and 20-something gay males were shooting hoops, kicking soccer balls, handling hockey sticks, running, swimming and biking. They were working hard, and working out. Every day they sweated, trained, competed — and showered — in the most macho of all environments: high school and college sports.

They were nowhere near as visible as their classmates who were gay actors, musicians or even student government leaders. They heard slurs from teammates and coaches. They listened quietly as their teammates rated (and often denigrated) girls; detailed their sexual conquests, and passed along the still-accepted sports culture that exalted “manliness” (heterosexuality) and despised “femininity” (homosexuality). 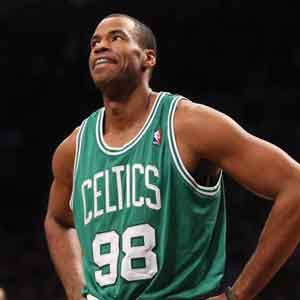 That was the landscape I set out to explore, two decades ago. Jocks was filled with stories of the boys and young men who — unnoticed, but in ever-increasing numbers — were changing both the sports landscape, and the way all Americans looked at the image of “gay men.”

Many of the stories involved sports like track, tennis and swimming. It was a lot easier then to come out as an “individual” athlete than a “team” player. Something about training on one’s own — and not having to worry about the detrimental effect on closely bonded teammates — seemed to draw gay athletes to solo sports.

Some of the tales were tough ones. The stress of hiding one’s sexuality led to drug and alcohol abuse, or thoughts of suicide (as had been true for years with gay non-athletes too). An interviewee described the anguish of being the boyfriend of a Division I basketball player: After games, the athlete went to parties and showed off his “masculinity” by picking up girls, while the boyfriend sat home alone. An Ivy League runner talked about track as a metaphor for not being out: His life was going around in circles.

But many of the stories were positive. When a football coach’s son — who played for him — came out, the man’s world changed. He realized the impact he could have on every player. By being more open about all kinds of differences, he became a better coach.

A wrestler mentored younger boys, helping them gain both physical and emotional strength.

And two straight athletes spoke up when gay kids in their school were bullied. People respect us for no reason other than we were born a certain way — with the gift of athletics, they said. Well, they added, we’ve all got to respect everyone else too, no matter how they were born.

Four years after Jocks, I wrote a sequel: Jocks 2: Coming Out to Play. By then the stories were far more positive, and wide-ranging. The ripples of young athletes coming out had already begun to spread.

In 2017, it’s difficult to imagine a time when “gay male athlete” seemed almost an oxymoron. It’s almost as if that was a different century entirely.

Dan Woog is a journalist, educator, soccer coach and gay activist. His latest book is We Kick Balls: True Stories from the Youth Soccer Wars. He can be reached at OutField@qsyndicate.com.

From Broadway to the recording studio with Adam Roberts

Wilson Cruz on the power of storytelling in new documentary “Visible”

Marsha P. Johnson monument to be erected in Elizabeth

Reba on her gay icon status and what impresses her most...