The Human Rights Campaign must learn to actually do something other than issue press releases announcing its positions on various federal judicial nominations. The HRC needs to do what this community used to do: Take action. Or, at the very least, show a plan.

So, without HRC’s lead, let me offer the following suggestion on how to make change almost immediately and on a subject we all care about.

Federal judges are appointed by the President of the United States and confirmed by the U.S. Senate. The Senate needs 50 votes to confirm, and then a judge has a lifetime appointment. In the current Congress, Republicans have 53 senators. The Vice President can vote in case of a tie. So in order to stop a nomination, you would need to get four Republicans to either vote against a judge or not vote.

How about announcing a campaign that would warn that any senator up for reelection in 2020 would not be endorsed if he/she votes for homophobic judges? Maybe take out a full-page advertisement in the Washington Post? Whom would that affect? Maybe Susan Collins of Maine, Cory Gardner of Colorado, David Perdue of Georgia and Thom Tillis of North Carolina? Those are four swing states where the races will be tight and every vote will be needed. Plus, those four Republican senators are all up for reelection in 2020.

And guess what? The odds are on our side in 2020. There are more Republicans up for reelection than in 2018, when there were more Democrats facing voters. And, if things keep going as they are, and the Republicans are beginning to get nervous, other senators from other states might pay attention.

Here’s the finer point: While federal judges are appointed by the president, they are suggested by the senators from the region where they will sit. Translation: An announcement that we will not support your reelection might, on its own, stop senators from “suggesting” homophobic nominees to the process.

HRC, stop sitting on your hands and having lovely dinners. Do something that actually matters and can create real change. 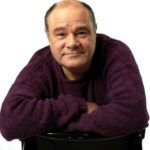 Mark Segal, is the publisher of PGN. He is one of the nation’s most-award-winning commentators in LGBT media.