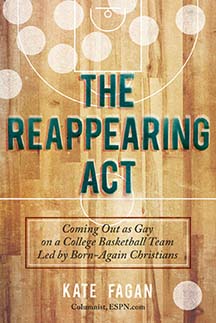 The healthcare reform law just celebrated its first birthday. Some are pushing to repeal it, others want to see it changed, and others are happy with the way things are.The HIV/AIDS community, for the most part, has been supportive of the president’s healthcare efforts. Over the last three decades, we’ve paid the price that comes with a government that does not embrace our sick. More than most, we felt a moral urgency to pass this legislation.

That doesn’t mean, however, we blindly fight all efforts to change the law. As changes to the healthcare law are debated, we must take part. Not only must our voices be heard, but we must be at the decision-making table. Over the years, we have learned to take initiative for our interests; we have learned to rise above partisanship and fight for those with HIV/AIDS.

HIV/AIDS patients have much at stake when it comes to changes to Medicare. Roughly 100,000 depend on the program for health coverage. And, starting in 2006, Medicare will be the single largest source of federal financing for HIV/AIDS treatment. Americans have taken tremendous strides in the fight against HIV/AIDs. Just last month, scientists discovered  antibodies that appear to neutralize over 90 percent of HIV strains. The cutting-edge antiretrovirals developed over the past few decades have dramatically improved the length and quality of life for the average American HIV patient. Plus, the FDA approval process has been streamlined so that new treatments get into the hands of patients more quickly.

But this battle is far from over. There still isn’t a cure. And too many patients lack access to treatment. Tens of thousands languish on medication waitlists. ADAP has been abolished in some states. Over the past 30 years, our greatest strength has been accountability. We always had a way of fighting cuts or laws that discriminated against people with HIV/AIDS. If a door was blocked, we created a new entrance and walked through it, proudly. There are portions of the president’s legislation that actually threaten HIV/AIDS patients’ well-being. At the top of that list is the establishment of the new Independent Payment Advisory Board, or IPAB.

Comprised of 15 presidential appointees, IPAB’s purpose is to de-politicize Medicare cost-cutting. Starting in 2014, if Medicare is expected to exceed that year’s preset spending target, the Board will have the authority to recommend cuts to the program.These recommendations will automatically become law unless Congress stops them by making equivalent cuts — and then passes them with a three-fifths supermajority. If not, there is no appeal process nor administrative review. Put simply, IPAB will have a great deal of power with very little accountability. Put more direly, IPAB represents a step back in the fight against HIV/AIDS.

While there are limits on what IPAB can do, it will have the power to adjust reimbursement rates for Medicare providers. In practice, that means cutting payments to people like doctors. Such cuts will drive even more doctors from Medicare. Physicians faced with the prospect of losing money on every additional enrollee are already declining to take on new Medicare patients. Others have opted out Medicare entirely.

HIV/AIDs patients depend on specialized physicians. Each patient has a unique combination of antiretrovirals they rely on to stay alive. If HIV/AIDS patients on Medicare lose access to the few doctors available to them with this expertise, we’re literally endangering their lives. IPAB is also empowered to restrict Medicare coverage of certain drugs and treatments. If IPAB decides that the biggest public insurance program, Medicare, will not pay for new, advanced treatments, firms won’t have the capital they need to develop new research lines. New, life-saving HIV/AIDS treatments could be passed over. Even worse, HIV/AIDS patients have zero recourse in the event IPAB’s decisions harm them. By design, the board is insulated from public opinion.

HIV/AIDS patients and advocates have earned a place at the table. It’s our right to pull back that chair and do what’s necessary to protect three decades of advances.

Author David Mixner has been involved in public life creating policy and as an HIV/AIDS and LGBT activist and writer for over forty years. He has had two bestselling books, “Stranger Among Friends” and “Brave Journeys,” both published by Bantam Books.

The healthcare reform law just celebrated its first birthday. Some are pushing to repeal it, others want to see it changed, and others are happy with the way things are.The HIV/AIDS community, for the most part, has been supportive of the president’s healthcare efforts. Over the last three decades, we’ve paid the price that comes with a government that does not embrace our sick. More than most, we felt a moral urgency to pass this legislation.