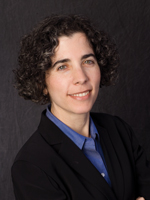 “New Jersey’s same-sex couples have been stuck in a limbo caused by the confusion and indignity of living with an inferior status,” says Hayley Gorenberg of Lambda Legal.

The case combines both state and federal claims. It argues that the New Jersey civil union law violates both the state constitution and the fourteenth amendment of the federal constitution.

“The constitutional guarantee of equality under the law does not stop midway through the Lincoln Tunnel,” said Hayley Gorenberg, Lambda Legal Deputy Legal Director. “Our clients have been kept from each other during medical crises, denied health insurance, and even discriminated against in funeral homes because their civil unions relegate them to second-class status.  New Jersey’s same-sex couples have been stuck in a limbo caused by the confusion and indignity of living with an inferior status.”

Among the plaintiffs in the case are Daniel Weiss and David Grant of Asbury Park. After a car accident during a bad storm David was injured with a shattered skull. Staff at New York’s Bellevue Hospital not only refused to recognize the legality of their New Jersey civil union, they didn’t even know what it was. Regardless of the fact that civil union, in theory, confers full spousal privileges including the right to make medical decisions, Mr. Weiss recounted how the hospital officials insisted on Mr.Grant’s nearest blood relative coming to the hospital to sign the necessary papers for medical procedures.

The relative had to undertake a 4 hour drive through the same storm that caused the accident, endangering themselves and causing needless delay in Mr. Grant’s treatment. Mr. Weiss noted that the hospital still refuses to recognize the legality of their civil union relationship.

Marsha Shapiro and Louise Walpin of Monmouth Junction, recounted experiencing numerous instances of  discrimination involving insurance companies, employers and even when called for jury duty. Tevonda and Erica Bradshaw of North Plainfield, told of how, when their infant son was born, they too experienced a failure of the hospital to understand their civil union, even though they had pre-registered and provided all documentation.

“By now, everybody in New Jersey knows that civil unions don’t work,” said Steven Goldstein, Chair and CEO of Garden State Equality. “Since civil unions became law in New Jersey, Garden State Equality has received reports from multitudes of civil union couples who have told us their employers refuse to provide the equal rights and benefits the civil union law mandates. It’s time for the courts to fix this mess and give full marriage equality to New Jersey’s same-sex couples and their children.” Mr. Goldstein himself told of  encountering stupid, bureaucratic obstacles at a hospital just last year when he suddenly suffered from an excruciatingly painful kidney stone. The hospital required his partner to go home and get their proof of civil union. Meanwhile, straight patients and their partners were admitted with nothing more than the verbal assurance that they were married. In one case, simply saying they were fiancés was enough.

In court papers filed today, Lambda Legal said New Jersey’s civil unions fall short. “Civil unions place same-sex couples in an inferior status to different-sex couples. Without full marriage equality, same-sex couples are denied workplace benefits and protections equal to those accorded to married people, and they are blocked from seeing their loved ones during medical emergencies.” The news announcement said, “The exclusion of same-sex couples from marriage deprives them and their children of their dignity as a family and certainty in their legal rights and status to each other.”

Later in the day, New Jersey Assemblyman Reed Gusciora (D-15) applauded the seven gay couples in the lawsuit. Gusciora is the only openly-gay legislator in the statehouse and is a sponsor in the New Jersey State Assembly of the New Jersey marriage equality legislation. He said, ” While I have always favored a legal challenge through the courts, I don’t not feel we should give up the fight for a legislative victory either.” He urged both Senate President Steve Sweeney and Assembly Speaker Sheila Oliver to post his legislation at their earliest opportunity saying it was an important civil rights issue for the Garden State..

Lambda Legal has a webpage where you can find out more about all the plaintiffs and their families: www.lambdalegal.org/nj-marriage

Background:
In 2002, Lambda Legal filed a historic case, Lewis v. Harris seeking marriage equality on behalf of seven New Jersey couples. The case reached the New Jersey Supreme Court in 2006. The high court ruled unanimously that same-sex couples must be provided all the benefits and responsibilities of marriage, although it declined to mandate that marriage was specifically required, and gave the state legislature 180 days to provide equality. The legislature hastily passed a civil union law in December of 2006, and began issuing civil union licenses to lesbian and gay couples in February of 2007.

In December of 2008 the New Jersey Civil Union Review Commission, appointed by the legislature pursuant to the Civil Union Act itself, issued its unanimous report documenting how civil unions fall short of providing the court-mandated equality for same-sex couples. In January of 2010, days before the legislative session ended, the New Jersey Senate voted on and failed to pass a marriage equality law allowing same-sex couples to marry in New Jersey. On March 18, 2010, Lambda Legal filed a motion in aid of litigants’ rights asking the New Jersey Supreme Court to intercede and order marriage to secure compliance with its original mandate of equality for the Lewis v. Harris plaintiffs, but in July 2010, the New Jersey Supreme Court denied the motion, requiring further proceedings to develop a record in Superior Court.

To read the complaint filed today visit this link.

Surprising results and trends as couples plan their weddings