George Street Playhouse announced that its Annual Gala Benefit was the most successful in the event’s history, raising a record amount of funds in support of its main-stage and educational programming. The Heldrich Hotel in New Brunswick hosted the gala on Sunday, April 2, 2017, and featured many stars of the stage and screen as presenters and performers.

“As we celebrate our theatre’s bright future, the unprecedented success of the 2017 gala is a testament to the unbending support of our patrons and community,” said Kelly Ryman, managing director of the Playhouse. “We are thrilled to have them on the journey with us for the next two seasons and for the grand opening of our new home in the New Brunswick Performing Arts Center in 2019.” 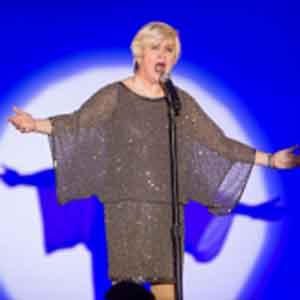 George Street Playhouse Artistic Director David Saint received the Arthur Laurents Award for Distinguished Artistic Achievement in celebration of his 20th season in that role. It was presented by legendary screenwriter, film director and actress Elaine May.

The Thomas H. Kean Arts Advocacy Award was bestowed upon Marlene and Tony Volpe, longtime supporters of George Street Playhouse, by the namesake of the award, Gov. Kean. 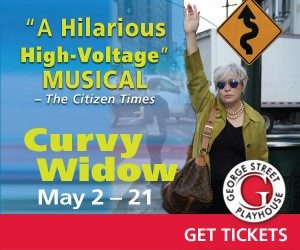 Another highlight came when New Brunswick Mayor James Cahill and New Brunswick Development Corp. President Christopher Paladino spoke about the plans for the new $190 million downtown performing arts center that will serve as GSP’s new home starting with the 2019-20 season.

George Street Playhouse is an Out In Jersey magazine business partner. More information at www.gsponline.org.

‘Baipás’ is an unusual story of finding your soul mate

Tales of Broadway:  Another re-openin’, another show