Three former military leaders are disputing the Trump administration’s assertions that lifting the transgender enlistment ban on January 1 would require the military to train 23,000 medical examiners and recruiters, and that such training would injure the armed forces. According to the new report, the administration’s claims are incorrect. They say it is neither complicated nor time-consuming.

Meanwhile, the Trump administration asserted that the military will have to “ensure that the tens of thousands’ of service members dispersed across the United States’ responsible for implementing accession policies have a working knowledge or in-depth medical understanding of the standards.” Three former Service Secretaries have cast doubt on the administration’s assertions They say that most training required to begin processing transgender applicants was completed by the time of the presidential transition in January of this past year. 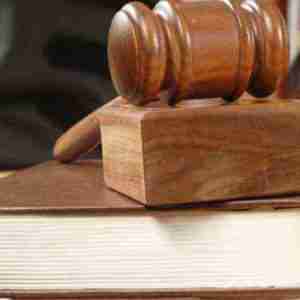 The ACLU filed briefs on Friday in the district court and today at the appeals court opposing the government’s latest anti-transgender motions. The ACLU argues that allowing the ban to go into place would cause irreparable harm to current and potential service members who are transgender.

“Three courts have now held that President Trump’s attempt to ban transgender people from the military is blatantly unconstitutional, but the Pentagon continues to drag its heels and try to implement Trump’s discriminatory ban,” said Josh Block, senior staff attorney with the ACLU LGBT & HIV Project. “The ACLU will fight every step of the way for the right of transgender people to live and serve their country with dignity, and we won’t stop until the full ban is struck down permanently.”

According to the three former military Surgeons General even if the Defense Department had not completed most preparation for the lifting of the accession ban almost one year ago, “Recruiters do not need additional training to process applications from transgender candidates because their only relevant responsibility is to help applicants prepare a package of medical information, a simple and straightforward task.”

They added, “Medical evaluators do not require in-depth training because they are already well versed in DOD’s method for deriving objective and relatively simple assessments of medical fitness, and because potential co-morbidities [fitness concerns] of gender dysphoria and its treatment are not unique to transgender people…Teaching medical evaluators to process applications from transgender candidates requires less than one day of training.”

Aaron Belkin, director of the Palm Center said that “The President’s effort to reinstate the transgender ban has effectively forced the military to make incorrect claims in court in an obligatory effort to defend the ban against all facts and evidence.”

“Since President Trump issued his destructive order to ban transgender people from military service, more and more military leaders and experts are speaking out to support transgender troops and the importance of basing military policy on sound research and facts, not on political considerations,” said National Center for Lesbian Rights Legal Director Shannon Minter, one of the lead attorneys challenging Trump’s ban in federal court. “Extensive research has shown that allowing qualified transgender candidates to serve strengthens our military and our country. We cannot allow this administration to weaken our military based on false stereotypes and irrational bias.”

Documentary series “Trans in Trumpland” is an adventure