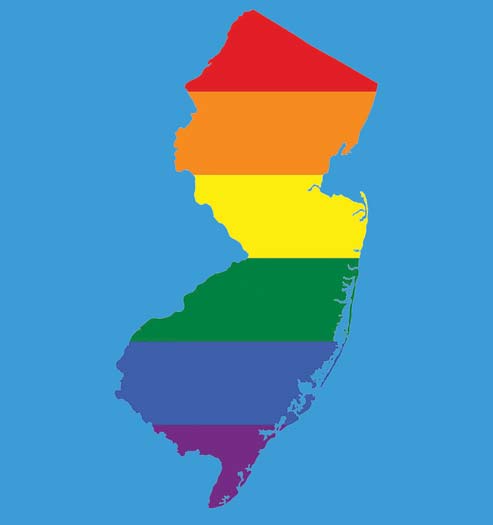 The New Jersey Division on Civil Rights (DCR) announced the launch of a new Marriage Equality enforcement initiative to ensure that municipal governments across New Jersey do not discriminate against or exclude LGBTQ individuals seeking to obtain marriage licenses.

As part of the Marriage Equality enforcement initiative, DCR issued Notices of Violation to five New Jersey municipalities: Estell Manor, Fairview, Hanover, Linden, and South Toms River. Those municipalities have published on their websites marriage licensing information that limits the availability of licenses to opposite-gender couples and excludes marriage license applicants with a nonbinary gender identity.

In each case, the Notices of Violation advise that language either previously or currently posted on the municipalities’ vital records webpage, marriage application instructions, or marriage applications themselves violate the Law Against Discrimination (LAD).

“Marriage equality is the law here in New Jersey. But when municipalities use language indicating that individuals cannot obtain a marriage license based on their sexual orientation or gender identity, they violate that basic promise,” said Platkin. “The Marriage Equality enforcement initiative we announce today reflects our deep commitment to ensuring that, in both word and deed, municipal governments do not discriminate against couples seeking marriage licenses on the basis of sexual orientation, gender, gender identity, or gender expression.”

The discriminatory language used by municipalities to describe marriage licensing requirements was first flagged in Marriage Equality in New Jersey: A Latina/o/x Perspective, a joint report issued this summer in July by the Latino Action Network, Hudson P.R.I.D.E Center, and Garden State Equality. The report found that the websites of certain municipalities expressly limited marriage licenses to “opposite-sex couples.”

DCR subsequently conducted its own investigation, and confirmed the posting of discriminatory language on the municipalities’ marriage-related web pages.

The specific offending language cited by DCR varied from municipality to municipality. It included statements that only “opposite sex” couples may enter into marriage, and application fields that prohibit nonbinary people for applying for licenses unless they misgender themselves as “male or “female.”

“It is unlawful for places of public accommodation in New Jersey to post or display communications restricting access to services based on protected characteristics,” said DCR Deputy Director Rosemary DiSavino. “DCR thanks our community partners for elevating the importance of website inclusivity. We will not tolerate LGBTQIA+ discrimination or any gender-based discrimination, and will do everything in our power to ensure that all 564 municipalities comply with the LAD.”

Among other things, the Notices of Violation issued by DCR warn each municipality that the information published on their websites violated the LAD, and that such violations could result in financial penalties of up to $10,000. The notices also contain an offer of settlement in each case. The offer of settlement explains that, if the municipalities do not contest the facts as set out by DCR, they can resolve the issue by entering into an Assurance of Voluntary Compliance agreement that requires, among other things, that they:

“It is our human right to determine with whom we form a family, regardless of gender, and New Jersey was a leader in making this possible for LGBTQIA+ couples,” said Jesselly De La Cruz, Executive Director for the Latino Action Network Foundation. “But, ensuring access to marriage equality in New Jersey requires cultural changes in how we talk about couples, people, and families. Language matters and we hope municipalities can learn to let go of historically exclusive gendered language such as Bride and Groom when describing a process for obtaining a marriage license. We applaud DCR’s efforts and response to this important issue.”

“At Garden State Equality, we know that passing pro-equality laws is a huge step — but it’s only the first step in the long process of creating a truly equal society,” said Christian Fuscarino, Executive Director of Garden State Equality. “We applaud the Attorney General’s office for this initiative, which brings us closer to ensuring not only legal equality, but also lived equality, for all New Jerseyans.”

“This initiative is extremely important to all LGBTQIA+ folks statewide. While LGBTQIA+ couples have legally been able to get married since 2013, many of the local municipalities have not made this easy,” said Elizabeth Schedl, Executive Director of the Hudson P.R.I.D.E Center. “After almost 10 years of legalized marriage in New Jersey, we are still demanding non-discriminatory marriage licensing applications. Exclusionary language that does not include or acknowledge our gender diverse community can have a very negative impact on people and their experience going through the marriage process — an experience that is supposed to be one of the best in their lives.”

The Marriage Equality enforcement initiative announced today will be an ongoing effort as DCR continues to investigate other possible violations related to the posting of marriage licensing information by municipalities across the State.

The initiative is being led by DCR’s Strategic Initiatives and Enforcement Unit, including Interim Chief Aarin Williams and Legal Specialist Iris Bromberg. The New Jersey Division on Civil Rights enforces the New Jersey Law Against Discrimination, the New Jersey Family Leave Act, and the Fair Chance in Housing Act and works to prevent, eliminate, and remedy discrimination and bias-based harassment in employment, housing, and places of public accommodation throughout New Jersey.

LGBTQ Democrats say progress was real in 2021 in New Jersey