A vacation in paradise for some is a warm, sunny destination, turquoise waters, fine white sandy beaches, and endless drinks with pink umbrellas. For others, it’s ancient ruins and castles, exploring narrow, cobble-stoned alleys in some of the oldest cities in Europe. Regardless of what paradise is, for members of the LGBT community, that escape from reality can be dangerous.

Seventy-two countries and territories worldwide have outlawed same-sex relationships, criminalizing them. Amongst that number include 45 which specifically forbid sexual relationships between woman. In eight of those countries, homosexuality can ead to a death penalty, with dozens more where homosexual acts will result in a prison sentence. Recently, travel insurance provider WorldNomads.com released a color-coded map of tolerant and intolerant countries.

Closer to home, Jamaica is coded red, which means homosexuality is illegal and the death penalty may apply. The country has laws that criminalize homosexual acts and several rights groups have warned that LGBT people face frequent discrimination. Transgender citizens are not lawfully allowed to change their legal name and gender, which could undermine their privacy and open them up to discrimination and harassment. Despite the law, Jamaica celebrated its third annual Pride celebration last year. Of the Caribbean destinations, Jamaica and southern neighbor Trinidad and Tobago are the only red islands. 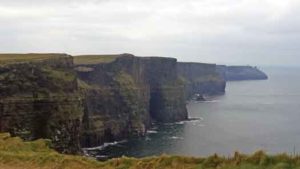 Popular tourist destination Mexico — with hot spots Cabo San Lucas and Puerto Vallarta on the west coast, Cancun and Riviera Maya on the east coast — are coded green (legal with some protections). Same-sex marriages are allowed at the resorts lining both coasts, making the country appealing for destination weddings and honeymoons. The Dominican Republic, coded yellow and another popular destination wedding spot, does not recognize same-sex marriage. Any same-sex couples wishing to marry in Punta Cana, Bavaro, or Puerto Plata, will only be able to have a symbolic ceremony.

This summer marks the first time Russia has hosted the World Cup, international soccer’s biggest event, and a huge tourism draw. Not surprisingly, Russia was coded yellow by WorldNomads.com, meaning homosexuality is legal but it is not protected by law and members of the LGBT community often face hostility from the public. Hate crimes against LGBT people in Russia have doubled since the country banned the spreading of “propaganda for non-traditional sexual relations” in 2013. The ‘gay propaganda’ law has been used to stop Pride marches and to detain gay rights activists. This makes Russia Europe’s second least LGBT-friendly country. 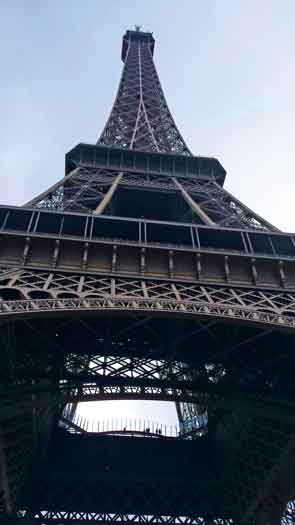 Overall, the majority of European countries are coded blue or purple, meaning they have legalized homosexuality and have a wide range of protections in place (blue) or they have legalized and recognize same-sex marriages and offer a wide array of protections (purple). The United Kingdom, Ireland, and Iceland are coded purple, along with mainland neighbors the Netherlands, Norway, Sweden, Finland, Belgium, Germany, France, Spain, and Portugal. Central European nations Lithuania, Poland, the Czech Republic, Hungary, Slovakia, Romania, Italy, and Greece are coded blue.

Budapest has a small and thriving nightlife for LGBT travelers

Hungary, which has stringent hate crime laws, allows homosexual activity for both men and women. Though Hungary legalized gay marriage in 2009, well ahead of America, Hungarian Prime Minister and right wing conservative Viktor Orban gladly welcomed the 11th World Congress of Families summit meeting to Budapest last year. The WFS has been classified as a hate group by the Southern Poverty Law Center because of its role in pushing through Russia’s anti-gay propaganda law. Despite the current government’s conservative stances, Hungary’s capital Budapest, a UNESCO World Heritage Site, welcomes all travelers and has a small and thriving nightlife for LGBT travelers.

The majority of Europe’s larger cities offer plenty for the LGBT wanderer. They range from festivals to nightlife. London has a section on their Visit London home page dedicated to all things LGBT to see and do in the city. Across the English Channel, Paris also has a section for LGBT interests on its official Convention and Visitors Bureau web site. The legendary friendliness and nightlife of Ireland is on full display in Dublin. The compact nature of Ireland’s capital makes it easy to navigate its city center and find an LGBT friendly venue. In Germany, Berlin’s gay history goes back to the 1920’s as being a major draw for artists and thinkers, something that continues today. Gay-friendly eateries and bars are found throughout the sprawling city, with the Schwules Museum dedicated to Berlin’s LGBT history.

Amsterdam also has a long history supporting its LGBT citizens, openly promoting gay rights since decriminalizing homosexuality in 1811. The first gay bar opened there in 1927 and the COC, one of the world’s first gay rights organizations, was founded there in 1946. In 1987, the city unveiled the first-ever ‘Homomonument’ as tribute to the gays and lesbians who were killed during World War II. The Netherlands became the first country in the world to legalize gay marriage in 2001 —  the mayor of Amsterdam officiated the first legal marriages there.

LGBT travelers looking for a more exotic, further flung destination should definitely exercise caution in large portions of Africa, the Middle East, and Southeast Asia. With the exception of South Africa, nearly all of the African continent is flagged red, with a handful of countries coded orange and fewer still showing yellow. 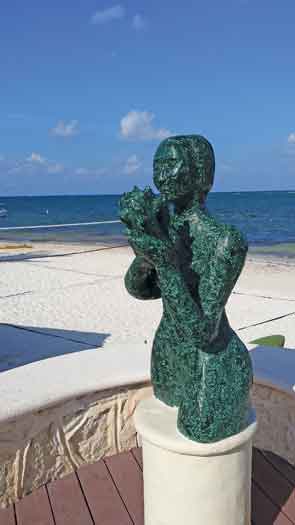 In Asia, Vietnam has seen a surge of tourism with the rise in popularity of river cruises through the country. It has no laws against homosexuality but is considered to be largely intolerant of LGBT people. Indonesia is largely yellow for now, with the Aceh Province having outlawed homosexuality. Deliberations in further outlawing of homosexual practices are taking place.

In the Middle East, homosexuality is punishable by public canings or all the way up to stoning, an archaic death sentence.

Travel guides, such as those published by Lonely Planet and Frommers, are excellent resources for those seeking adventure and relaxation. Both publishers do include sections and recommendations for LGBT-friendly areas and venues. It is advisable to read up on a potential destination, to see what is tolerated and what is not before digging out the passport and packing that bag.

What the color codes mean: