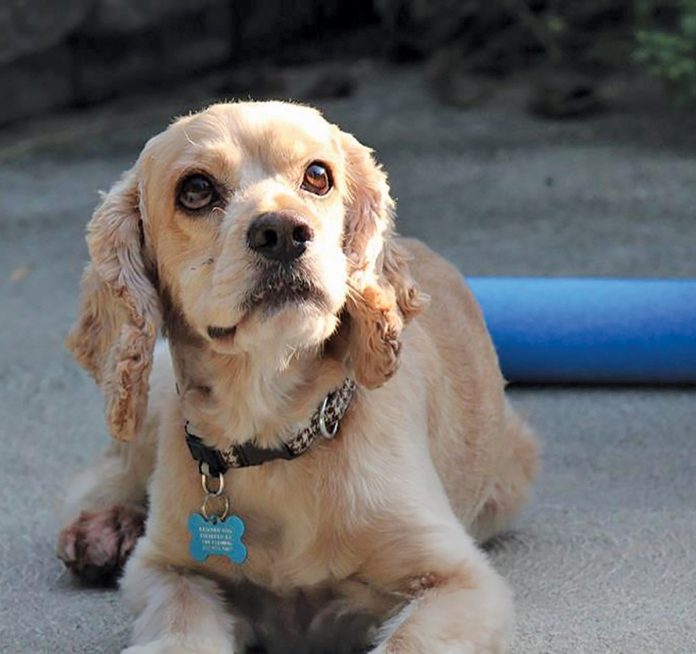 Wigglebutt Rescue is a boutique rescue formed and based in Red Bank since 2017. The small rescue is self-funded and adopts out only five to 10 dogs a year. Not only that, Wigglebutt specifically fosters, trains and adopts out cocker spaniels.

The rescue founders both had pet cocker spaniels as children. The breed is known for being gentle, affectionate, and lively and they made an impact on Vincent and Maryann Flemming as individuals and a couple. When the married couple bought their home around 30 years ago, they brought home two cocker spaniels.

Most of their dogs come from owner surrenders, rather than shelters; they receive the dogs before they end up in a shelter. “This works well for us, as we have limited space and ability to handle many dogs. This also means that we never get litters of puppies, and most of our dogs are Seniors (8+ years old.),” wrote Mr. Flemming in a follow up email.

The Flemmings started their non-profit right in their home and have kept it so for the past 10 years. Wigglebutt Rescue formed right under their snouts; the name derived from the bouncing butts of joyous walking puppies everywhere.

Vin Flemming is a mid-level manager at a software company based in California, and Maryann Flemming is a retired textile designer that spends much of her time painting commissioned oil portraits of pets.

“Many of our dogs (and most of the younger ones) are surrendered for biting, so we take the time to rehabilitate them before listing them for adoption,” said Mr. Flemming. “This is one way we are very different from other Rescue organizations.”

Mr. Flemming says he, and Mrs. Flemming, are lucky. They’ve been able to rehabilitate every biter they’ve taken in, while finding their pups good, loving homes.

Although Wigglebutt Rescue doesn’t have any rescues at this moment, they could always use some assistance with funding as they are a self-funded rescue in need of leashes, veterinary bills and other goods for their pets. Go to https://wigglebuttrescue.wixsite.com/wigglebuttrescue to donate and learn more.

Dr. Perry N. Halkitis of Rutgers talks the next surge, and the LGBTQ Community

Two book covers are better than one with artist Gwenn Seemel