Few women have run for the office of President of the United States, with Hillary Clinton becoming the closest to being the first to hold that title. In a contentious, hotly contested 2016 election, Clinton narrowly lost to Donald Trump, besting him in the popular vote by a 2,858,686 vote margin. Trump ultimately won via the Electoral College.

In 2020 in a crowded field of Democratic nominees, five women hope to be the one who will finally break through the gender barrier and become President of the United States. 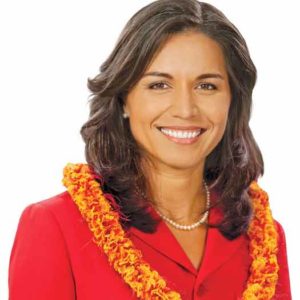 Gabbard, the first American Samoan and first Hindu member of Congress, is an Iraqi War veteran. Gabbard served two tours of duty in the Middle East and is a Major in the Army National Guard. She has served Hawaii’s 2nd District in the House of Representatives since 2012, one of the first two female combat veterans to serve in Congress.

There have been questions raised about work she did in the early 2000s for anti-gay organization The Alliance for Traditional Marriage run by her father, Mike Gabbard. The organization fought against same-sex marriage in Hawaii and supported conversion therapy. In a statement to CNN earlier this year, Gabbard said: “First, let me say I regret the positions I took in the past, and the things I said. I’m grateful for those in the LGBTQ+ community who have shared their aloha with me throughout my personal journey. Over the past six years in Congress, I have been fortunate to have had the opportunity to help work toward passing legislation that ensures equal rights and protections on LGBTQ+ issues, such as the Equality Act, the repeal of DOMA, Restore Honor to Service Members Act, the Employment Non-Discrimination Act, the Safe Schools Improvement Act, and the Equality for All Resolution. Much work remains to ensure equality and civil rights protections for LGBTQ+ Americans and if elected President, I will continue to fight for equal rights for all.” 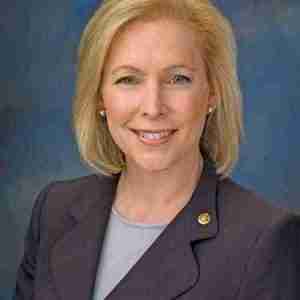 Gillibrand has served as the junior Senator from her home state since 2009. Previously, she had served in the House of Representatives from 2007-2009. Gillibrand has worked for reform in the justice system on behalf of sexual assault survivors in the military and on college campuses. She has pushed for the Military Justice Improvement Act, which would remove sexual assault cases from the chain of command. In the same vein, she has built a coalition for the Campus Accountability and Safety Act, which would hold colleges accountable for sexual assaults that take place on their campuses. She is also working toward economic empowerment of women and working families, pushing for workplace reform that would raise the minimum wage, make child care more affordable, and ensure pay equality.

However, previous supports of gun control that earned her an ‘A’ rating from the NRA could prove to be problematic, especially with the horrific spike in mass shootings over the past five years. Gillibrand had introduced a broad LGBT rights agenda at the beginning of June, Pride month, which would include codifying marriage equality, banning conversion therapy, rescinding Trump’s ban on transgender members of the military as well as signing the Equality Act to prevent LGBT discrimination. It would also direct the Department of Justice to consider sexual orientation and gender identity protected classes. 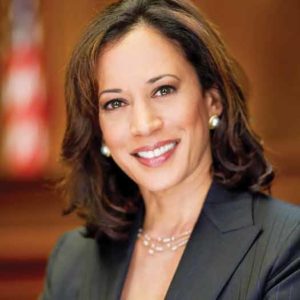 Harris took office in 2017. Currently, she serves on the Homeland Security and Governmental Affairs Committee, the Select Committee on Intelligence, the Committee on the Judiciary, and the Committee on the Budget. As California Attorney General, she declined to defend Proposition 8, California’s ban on same-sex marriage, in court. Harris officiated the first same-sex wedding after the Supreme Court ruling legalizing gay marriage and refused in 2015 to certify a “Kill the Gays” ballot initiative proposed in California that would have instituted the death penalty for homosexual acts. Harris has been a strong advocate for LGBT rights, being a co-sponsor of the Equality Act and pushing the Trump administration for answers on why it decided to omit questions on the U.S. Census that allowed respondents to mark off their sexual orientation or gender identity. As Attorney General, Harris appointed Mariana Marroquin, a trans woman of color, to the California Racial and Identity Profiling Advisory Board.

However, in 2015, she argued on behalf of the state of California to withhold gender reassignment surgery from two transgender inmates who had been prescribed the procedure while serving their sentences. Both cases resulted in settlements. Another sticking point with the LGBT community and sex workers is Harris’s stance that she supports the decriminalization of sex work. However, her staunch support of SESTA/FOSTA—a package of laws that aimed to shut down sex trafficking by shutting off sites like Backpage—says otherwise. 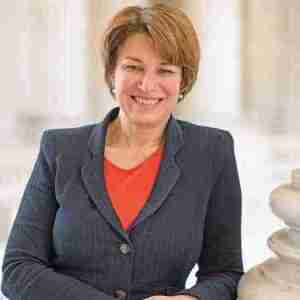 A Senator serving Minnesota since 2007, Klobuchar has been a supporter of Obamacare, and LGBTQ rights, and she is pro-choice. She supports lowering the Medicare eligibility age to 55, co-sponsoring a bill introduced by Senator Brain Schatz of Hawaii that would create a public option to allow people to buy into Medicaid or Medicare at reasonable cost. She has also sponsored bipartisan legislation that would lower the cost of prescription drugs and allow Medicaid to negotiate drug prices directly with pharmaceutical companies.

If she wins the presidency, Klobuchar has said that she would have the United States re-join the Paris Agreements, which aims to decrease greenhouse gas emissions 45% by 2030. In 2016, she sponsored or co-sponsored 27 bills that were signed into law, more than any other senator that year. She also introduced two bipartisan bills to combat the opioid crisis in 2018 that were passed and signed into law. However, there have been allegations of cruelty and abuse by Klobuchar from former staff.

Warren, a former law professor for over 30 years, has served as Senator since 2013. She was an advocate for the creation of the Consumer Financial Protection Bureau, established by the Dodd-Frank Wall Street Reform and Consumer Protection Act after the financial crisis of 2008. Obama signed the act into law in July 2010 and named Warren Assistant to the President and Special Advisor to the Secretary of the Treasury to set up the new agency in September 2010. In 2013, she became the first woman ever elected to the US Senate from Massachusetts. In 2017, during a debate on the nomination of Senator Jeff Sessions for United States Attorney General, Warren quoted a letter by Coretta Scott King that had been written to Senator Strom Thurmond in 1986 when Sessions was nominated for a federal judgeship. Republicans voted that Warren had violated Senate Rule 19, which prohibits impugning another senator’s character. This kept Warren from further participating in the debate. Instead, Warren read King’s letter and streamed it live online. Senate Majority Leader Mitch McConnell said on the Senate floor, “She was warned. She was given an explanation. Nevertheless, she persisted.” The quote became a slogan for Warren.

Warren has been highly critical of the current administration, becoming a frequent target of Trump’s social media tirades. In April, after reading the Mueller Report, she called on the House of Representatives to begin impeachment proceedings against Trump. The Senator achieved a perfect 100 on the Human Rights Campaign’s Congressional Scorecard for her first term. In January, Warren gave her first post-presidential candidacy announcement interview to out MSNBC anchor Rachel Maddow.

Diversity and tolerance returns to the White House

Creep Of the Week: Jack Hibbs