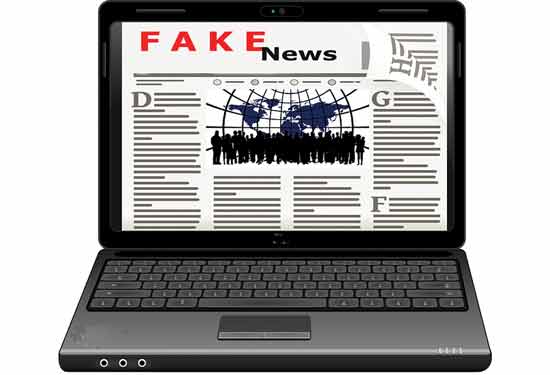 The clichéd joke “if it’s on the Internet, then it must be true” has become uncomfortably accurate for an alarming percentage of America’s people. Stories that slander, sully or sensationalize are spread far and wide, fired along the social media pathways at breakneck speed by those who truly believe them.

One recent item reported widely by major print and television media outlets was the ban of certain words at the Centers for Disease Control. It was reported that a senior CDC leader instructed analysts at the organization not to use words such as “fetus” and “transgender” when issuing budget policy documents. The Washington Post first broke the story on Dec. 15, citing an unnamed analyst at the Center for Disease Control and Prevention. Other words that were on the list included vulnerable, entitlement, diversity, evidence-based, and science-based.

The backlash was immediate, with online users and various outlets putting Donald Trump’s administration behind it. It’s not the first time Trump and his appointees, who are noted science deniers, have been accused of censoring federal entities. In October, the New York Times reported that an analysis of the Environmental Protection Agency’s web site showed that several links to materials dealing with global warming had been removed. The links were there as resources for local officials to prepare for the risks presented by climate change and the plans of individual states to lower emissions. Considering that Trump removed the U.S. from the Paris Accord on climate change, the assumption was that he had a hand in censoring other scientific agencies like the CDC.

However, calls to the CDC revealed that the agency had no idea where the list of banned words would have come from, stating that it doesn’t exist. Dr. Brenda Fitzgerald, the director of the CDC, took to Twitter on Dec. 17 to assure the public that there was no list. The tweet read: “I want to inform you there are no banned words at CDC. We will continue to talk about all our important public health programs.” Fitzgerald even went as far to suggest that the supposed banning of words was due to a miscommunication among some employees at the agency.

In an email to the debunking web site Snopes, Fitzgerald said, “I understand that confusion arose from a staff-level discussion at a routine meeting about how to present CDC’s budget. It was never intended as overall guidance for how we describe and conduct CDC’s work. For more than 70 years, CDC has pledged to the American people that we will treat all persons with dignity, honesty, and respect. We take this pledge as seriously today as we did when it was written.”

Part of the fervor for spreading this kind of news is to cast Trump in an unflattering light, something he does quite well with his outlandish, self-aggrandizing tweets. So, it was not outside the realm of possibility that he, or one of his administration, could be behind things like what was thought to have happened with the CDC.

Then there are the hard right-leaning conservative news outlets such as Breitbart, formerly run by former White House chief strategist Steve Bannon, and the Trump-favorite network media outlet, Fox News. The more sensational the headline, the more interest it attracts, a human trait that makes it easy to share righteous indignation among one’s peers. The key to weeding out the sensational from the truthful, or at least what passes close enough to the truth, lies with Google and Facebook, both leaders in the search engine and social media industries.

In response to an inquiry from the UK Culture, Media and Sports Committee, President and CEO of the News Media Alliance, David Chavern, wrote in a letter: “The inquiry rightfully raises the questions of whether search engines and social media platforms have responsibility in rooting out fake news and whether it is viable to use a computer-generated algorithm to distinguish between fake news and genuine reporting. In this country, Google and Facebook are under pressure to address allegations of allowing fake news to persist and permeate users’ news feeds. Both platforms have undertaken underwhelming efforts to respond to the problem. They appear to focus more on public relations than on addressing the underlying incentives that exist for creating and disseminating fake news.

“Facebook has recently initiated its Journalism Project to strengthen the relationship between publishers and the social media platform through outreach and measures to recognize and reward real news. Many are urging Facebook to prioritize content in consumers’ feeds from news organizations and premium publishers whose reporting demonstrates the principles of verification, accuracy and fidelity to facts. This could ensure that trustworthy content is given appropriate weight in the dissemination of information — which to date has not been the case. Facebook announced a change to its algorithm that resembles this concept, but more information is necessary to determine whether it is working.

“Google said it has cut off 200 fake news publishers access to their AdSense platform. Fake news publishers can no longer run ads on their site if they deceive people with their content. The announced changes currently only apply to 200 websites out of over 14 million websites that are currently using AdSense. Despite these efforts, many are troubled by Google’s opaque search algorithm and the factors that determine placement of search results.

“For example, Google’s current policy of first-click-free does a disservice to consumers who seek credible and trustworthy content because publishers who charge for content are deprioritized in the search results. Some publishers are taking steps to confront the first-click-free policy despite the risk of being deprioritized. This will have a negative impact on consumers’ ability to find real news, and a compounding impact on many publishers’ ability to raise revenue that funds real news. In essence, Google has chosen which news articles will be seen and what business models will survive on the Internet, removing a customer’s choice from the equation.”

While Google and Facebook’s methods may seem a little Big Brother-ish, their efforts have reduced the number of fake news sites that are popping up. Another part of the rapid spread of fake news is the inability of readers to distinguish what is real and what is parody, like stories produced by The Onion. If it sounds like it’s something that would be splashed across a tabloid paper in a supermarket checkout, then it’s probably as real as a unicorn. Alhough some more established news outlets like The Washington Post, The New York Times, and CNN have written about items that turned out to be fake news, they’re still a better bet for reliable, less biased news.

A study done by BuzzFeed found that the less truthful news content is, the more likely it is to be shared. When it is shared, more people see it and the more money is made by the entities running that fake content. One way to avoid sharing or believing fake news is to check the sources. If the source is The National Enquirer or anything else of that ilk, don’t click that “share” link. And if you never heard of the source, it is probably fake news.

Creep of the Week: Republican Party