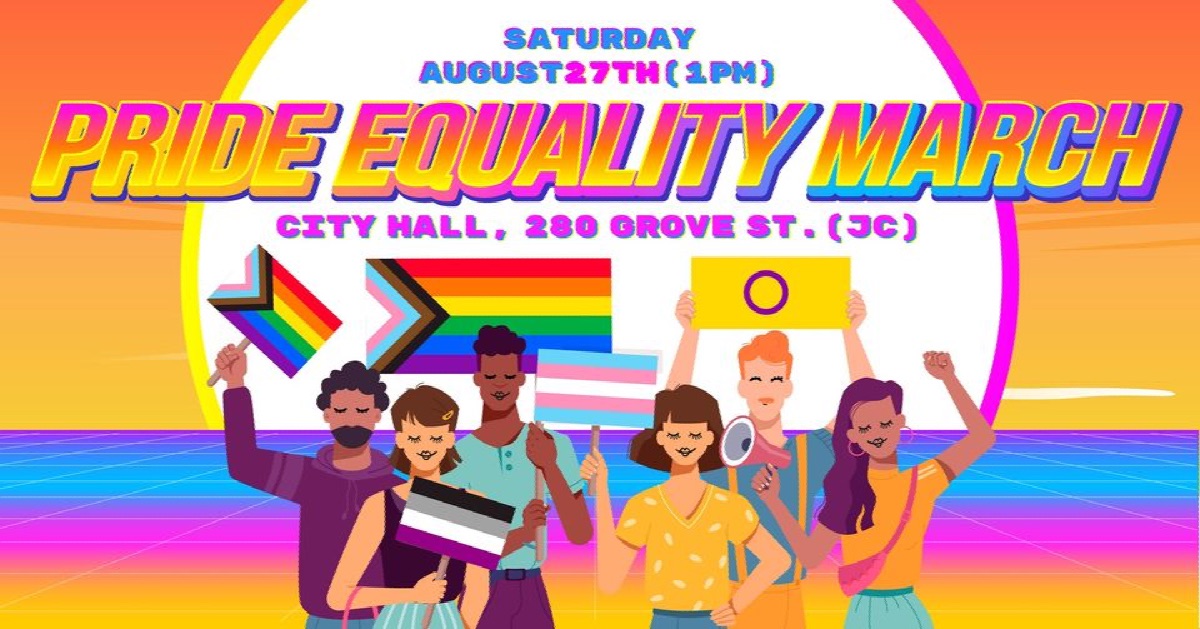 Assembly for the march starts at noon at City Hall and begins at 1PM sharp. We will march up Grove Street from City Hall to the Grove PATH Plaza and then up Newark Avenue to our main stage at Erie and Jersey.

The march is the kick-off to the Festival and is our moment as a community to show our diversity and strength. While we have made much progress and enjoy the benefits of living in a progressive city, many still suffer worldwide from homophobia and sexual orientation discrimination.

We will be marching for equality for all, so come on out and show your Pride. Let’s send a message to the world that we will not rest as a community until all LGBTQ+ people are treated with dignity and respect.