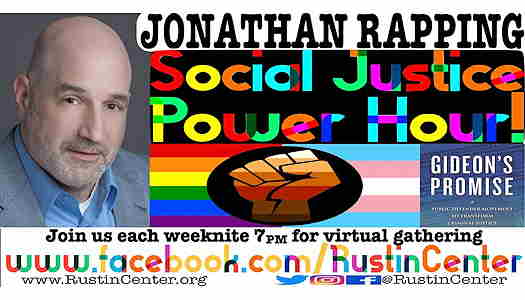 In addition to Jonathan’s leadership of Gideon’s Promise, he is Professor of Law & Director of the Criminal Justice Certificate Program at Atlanta’s John Marshall Law School & Visiting Professor of Law at Harvard University Law School & his work is the inspiration for the award-winning HBO documentary “Gideon’s Army.”

Tonite they will discuss in earnest his extraordinary book “Gideon’s Promise: A Public Defender Movement to Transform Criminal Justice” published by Beacon Press.