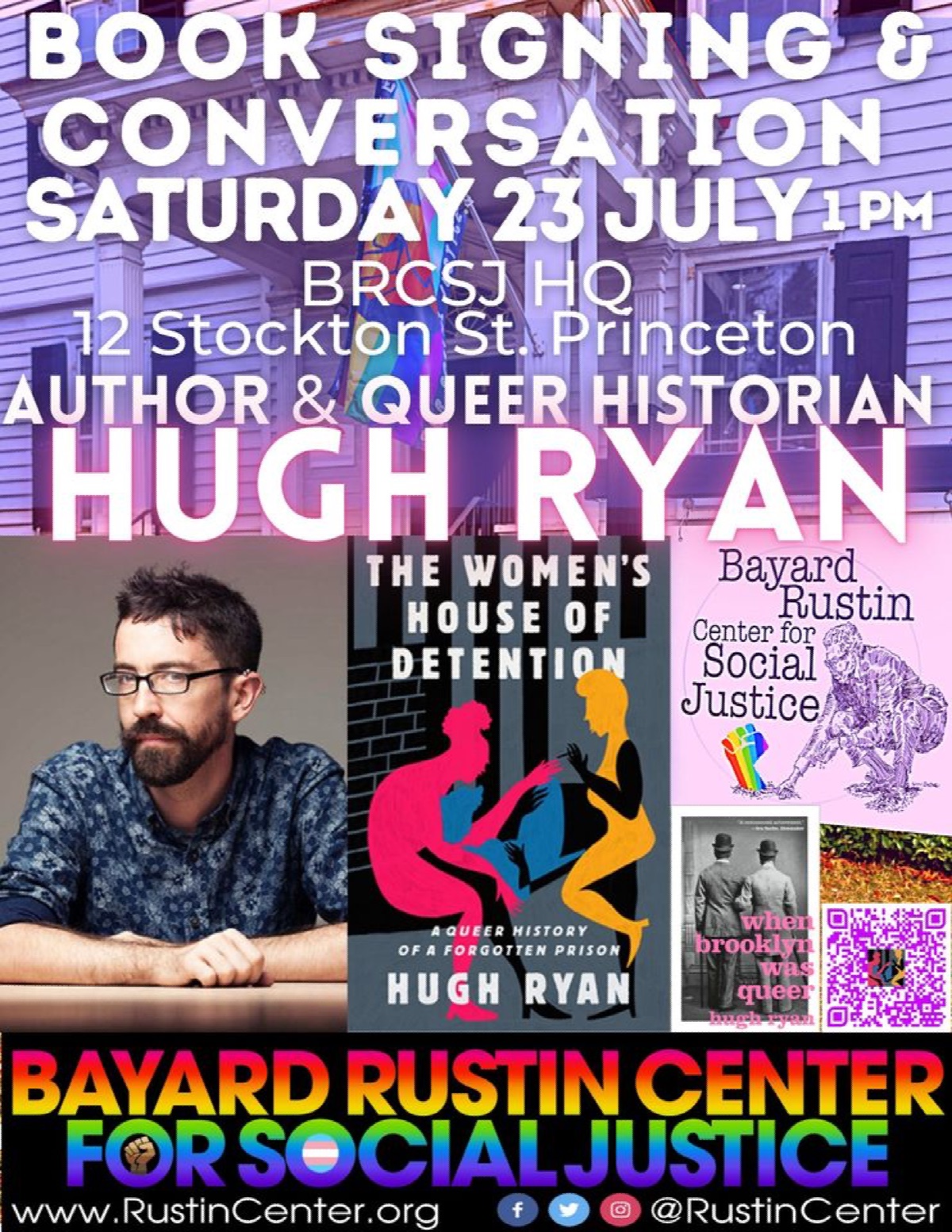 Join Bayard Rustin Center For Social Justice as we welcome to our new BRCSJ HQ the Gay Indiana Jones Hugh Ryan in honor of his new book the best-sellin’ & rave-reviewed “THE WOMEN’S HOUSE OF DETENTION: A QUEER HISTORY OF A FORGOTTEN PRISON”.

Bayard Rustin Center For Social Justice’s favorite queer historian’s first extraordinary book “When Brooklyn Was Queer” was lauded by the Times as a “boisterous, motley new history & entertaining & insightful chronicle” & now his second is a fascinatin’ history of a now-demolished prison & the women, transgender men, & gender nonconforming people who were held there~ including Ethel Rosenberg, Angela Davis, & Andrea Dworkin~ & a window into the policing of queerness & radical politics in the 20th centuryn & we will have ten books on hand to be be purchased & signed by the author in support of our LGBTQIA safe-space & community activist center

Join Hugh & our own BRCSJ Chief Activist Robt Seda-Schreiber in community-buildin’ conversation that that promises to be equally empowerin’ & entertainin’.