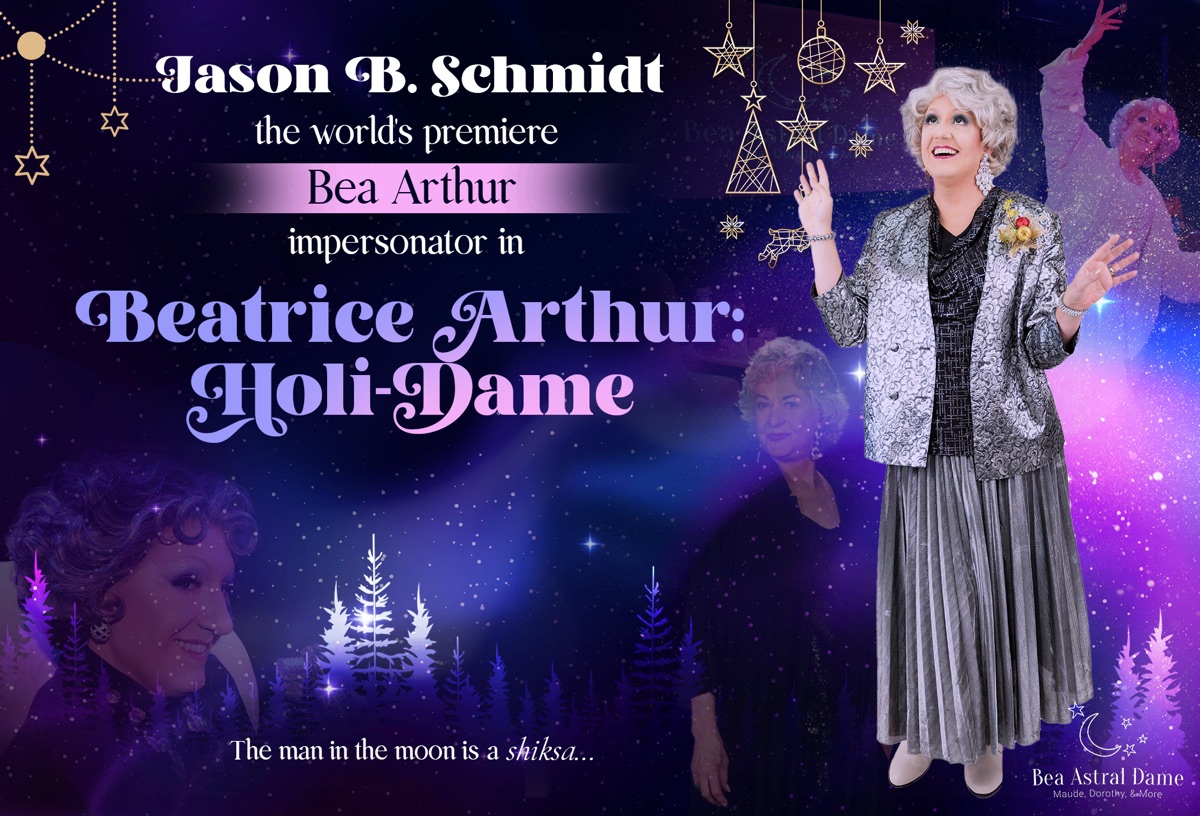 The man on the moon is a shiksa!

Calling all Golden Girls fans, Maude maniacs, and those who love tough broads with soft hearts, Bea Arthur is Back! Jason B. Schmidt, the world’s premier (and only) Bea Arthur impersonator, channels the famed Tony and Emmy-Winning star in his deadpan tribute, “Beatrice Arthur: Holi-Dame.”

In the show, Bea pays homage to all those Jewish songwriters who contributed unforgettable Christmas songs. She’ll tell stories about Fiddler on the Roof, Maude, and The Golden Girls, and she might even sing something from the Lion King. It’s the Chrismakkuh Musical no one asked for, but everyone can enjoy – even your Aunt Karen.

Jason B. Schmidt is the world’s premier Bea Arthur impersonator and star of The Golden Gays, the Golden Girls Musical Drag Troupe. They have been seen on CNN, and ABC, have been talked about in the New York Times and the Associated Press, and Headline The Golden Fans at Sea Cruises each year.