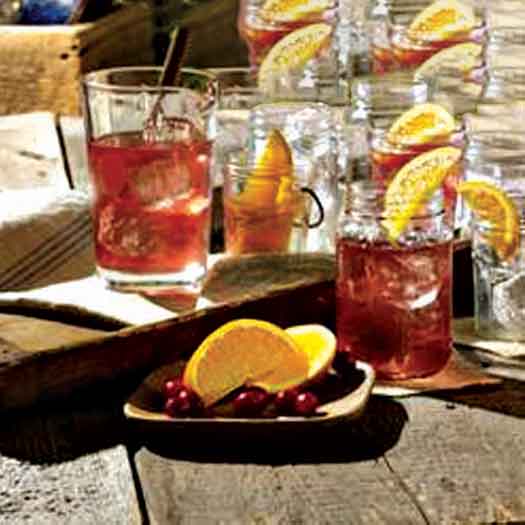 New Year’s Eve is a time to reflect, cleanse and get pumped for starting anew, but that happy train could crash and burn if you don’t avoid these countdown-to-disaster no-nos.

Nothing good will come from this. Best-case scenario, you bump uglies after the ball drops. But then you’re starting the New Year in a state of regression instead of progression. Worst case, he ignores you, leaves you on “Read”, and you keep texting him like the psychopath you might be until you pass out in a puddle of your own piss and self-pity. Do yourself a favor and resolve to leave the past in the past this time around. Block and delete all the formers lovers that have the uncanny ability to turn you into a lunatic after a few ounces of liquor hit your system. There are plenty of fish in the sea, remember, but you won’t find new ones if you keep dipping your dick in the same shallow pond.

After spending a couple New Year’s Eves teetering on the brink of frostbite in Times Square, I booked a cruise around the New York Harbor for a change of pace. Big mistake. What started out as a benign evening of dining, dancing and open bar gradually digressed into a nightmare scenario on the USS Get Me Off This Fucking Boat. That’s what happens when on New Year’s Eve you pump a hundred 20-somethings full of booze. Then you run out of alcohol mid-cruise. And the boat offers no reasonable escape. Bottles were broken, punches were thrown, mascara-filled tears drenched sparkly party blouses. It was like that cafeteria jungle scene in Mean Girls, but with actual bloodshed. Stick to a house or ballroom party. Be sure to identify all exits in the event of an emergency.

You really ought to have your NYE plans locked down by now lest you want to be left out in the cold (literally) or spend more than you should on price-hiked tickets to blowout club and hotel extravaganzas. The best events sell out quickly, and you won’t have the luxury of choosing wisely by delaying your decision on how to ring in the New Year. Wait too long and you may have no choice but to improvise on December 31, which is the first ingredient in a recipe for year-end disaster. During a year filled with notable lows, the last thing you need is to start January 1 at rock bottom. Then again, the only way to go is up — right?

I used to put a lot of emphasis on having the BEST time on New Year’s Eve. But after several memorable fiascos (I’m still traumatized by the cruise, and that was a decade ago), I decided to play New Year’s Eve by ear on a holiday vacation to Hawaii — because it was Hawaii, and who needs anything else to do but Hawaii all night? Turns out Hawaii is just like every other place on the planet during the year’s last hurrah: a cesspool of drunken assholes, long lines, huge covers and cheap champagne (if you can even get a drink). With that, I discovered that NYE plans are important (as is making them early), whatever they may be. I much prefer a lower-key New Year’s Eve with my boyfriend these days. But having something on the books is required. I’ve been without plans in the past, and all that did was distract from the good time we could have had because we ended up bickering about where to go and what to do before giving up, slamming doors to separate rooms, and drunk texting exes – a great lesson in itself on learning how to take my own advice.

5. Hooking up with a rando

For many of us — OK, most of us — a night out, especially on an important occasion like New Year’s Eve, isn’t successful unless we’ve bagged someone to bang. While that’s fine any other day of the year, there’s way too much significance attached to this holiday to kick off the New Year with kicking someone out of your bed. Do yourself a favor and be content with your own company on New Year’s Eve. Beat your dick before you go out, delete Grindr from your phone, and stay present in the moment for once. Celebrate with your friends then go home satisfied with yourself that you don’t need a fuccboi to validate your contentment or attractiveness. Sure, it’s probably a change of pace from how you normally treat yourself, but isn’t it about time?

You know better. And there’s no reason you should be behind the wheel intoxicated New Year’s Eve when ride-sharing and taxi services are available in abundance (and sometimes free or discounted on New Year’s Eve) and family or friends are willing to pick you up and deliver you home safely. Keep the car parked and enjoy your night. Happy New Year!

Mikey Rox is an award-winning journalist and LGBT lifestyle expert whose work has been published in more than 100 outlets. He spends his time writing from the Asbury Park beach with his dog Jaxon. Connect with Mikey on Instagram @mikeyrox

6 productive ways to spend your time during the Coronavirus Crisis

Four things I’m leaving behind in 2019