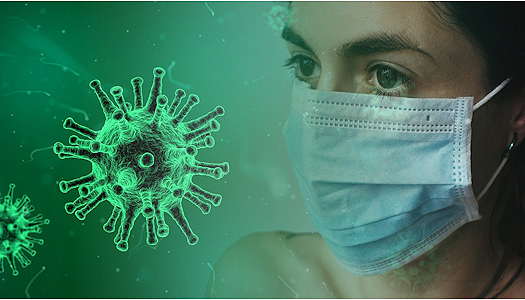 The response to COVID-19 has been abysmal, in large part, because we don’t have a real president

There’s a reason #StayTheFuckHome is trending because that’s what we should all be doing.

As much as possible, of course. There are lots of people who can’t, maybe because they have to work or have medical appointments they can’t miss. In other words, good reasons.

If you’re under 30, social distancing is probably making you feel like you’re losing your mind. If you’re over 30, you might be secretly thankful that no one is expecting you to go out. If you’re over 60, then you’re likely worried about dying. No joke.

Even if you feel well, and I do, going out in public unnecessarily is a super selfish thing to do right now. The U.S. simply doesn’t have the testing capacity to test everyone who might have COVID-19. There are likely thousands of people who are infected yet show no symptoms at all, and by going out, they have the potential to infect thousands more. So even if you feel fine, you aren’t fine.

There’s a myth that the U.S. is the strongest, baddest, boldest country in all the land. The world’s truck nuts, if you will. But this epidemic is quickly showing how weak we actually are. That our health care system is woefully inadequate to handle a crisis, that’s running our health care system as a lean and mean business rather than an essential service has left us unable to scale up to meet an overwhelming need. That unbridled machismo is not the same thing as leadership. That Donald Trump is not only an emperor with no clothes; at this point, he’s lost his skin, too.

The federal government’s response to COVID-19 has been abysmal, in large part, because we don’t have a real president. We have Trump. And this reality show is way too real for him. If only he could shout, “You’re fired” at COVID-19.

And so states are largely on their own, making up the rules as we go along. Some states are doing more than others. In Michigan where I live, Governor Gretchen Whitmer, a Democrat, has declared a state of emergency. All the schools are closed. All large events are canceled. Whitmer is showing true leadership and making hard choices. And if all goes to hell, I would be willing to bet that she takes responsibility.

A far cry from Donald, “I don’t take any responsibility at all” Trump. He’s not just an embarrassment; he’s a clear and present danger to the country.

It’s no wonder that there are still people flocking to bars and nightclubs across the country as if nothing is happening. Seeing photos of lines around the block at clubs reminds me that for too long, selfishness and greed have been celebrated traits in America. There is no better demonstration of that than President Donald Trump and his Republican Party. On March 15, the same day health experts were practically begging people to stay home, Rep. Devin Nunes (R-California) told Fox News that people should “go to your local pub.”

Why? Because he’s worried that the COVID-19 pandemic will hurt the economy. And he’s right. It will. But it will also kill people.

“One of the things you can do: if you’re healthy, you and your family, it’s a great time to go out and go to a local restaurant. Likely you can get in easy,” Nunes said. “Let’s not hurt the working people in this country that are relying on wages and tips to keep their small business going. So don’t just run to the grocery store and buy $4,000 of food.”

A lot to unpack here, but I would like to say that Nunes is essentially yelling “fire” in a crowded theater here. A crowded theater, he would no doubt urge you to visit.

Nobody wants to hurt small business owners or workers who rely on wages and tips. In fact, the Republican Party has spent decades waging war on those very people, so Nunes can STFU with his concern trolling.

Also, I’m not sure where Nunes shops, but $4,000 worth of groceries? Maybe that’s an exaggeration, but I am reminded of Lucille Bluth from Arrested Development when she says to her son, “It’s one banana, Michael. What could it cost $10?” To which he responds, “You’ve never actually set foot in a supermarket, have you?”

Ignore morons like Nunes and Trump. Stay safe. Stay home. But most of all, be kind and patient with yourself and others. Wash your hands. This isn’t going to be over any time soon.

Creep of the Week: Robert Fehring