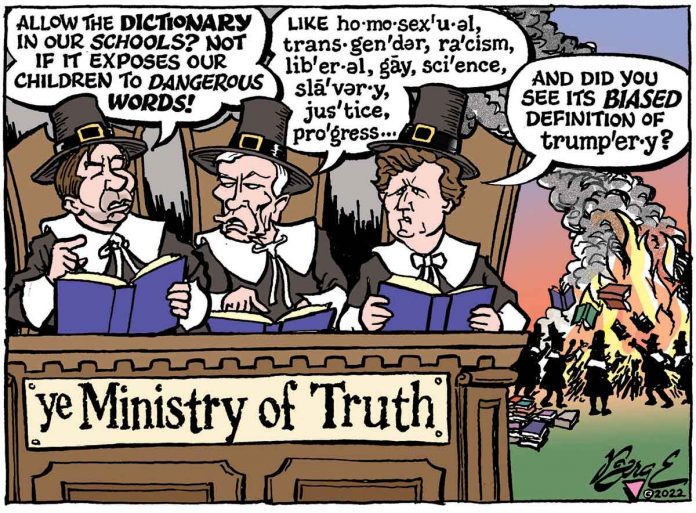 Ever since June 2020, when New Jersey adopted a revised version of the Student Learning Standards for Comprehensive Health and Physical Education (NJSLS-CHPE) — the guidelines by which the state teaches children about physical and mental well-being — parents and politicians have been arguing over its content. And with the 2022-2023 school year approaching, the uproar has only intensified.

According to the new standard’s introduction, the new NJSLS-CHPE is meant to “provide a blueprint for curriculum development, instruction and assessment, and reflect the latest research for effective health and physical education programs” with a primary focus to “promote and influence healthy behaviors.” Through these standards, schools are to introduce inclusive topics such as gender identity and expression, sexual orientation, consent, and more. However, an inflated narrative of the changes has been growing, and it has made some conservatives panic-stricken over their children’s revised education.

“We do not co-parent with the government,” Eric Simkin, an N.J. parent running for school board in Voorhees, said, addressing the senators. Simkin, who stated he feels as though the new sex education standards are “a nightmare and a problem for parents and children everywhere,” worries about a concept many conservative New Jerseyans, and parents and guardians nationwide, have expressed over the last three years: parental rights.

The term “parental rights” became well-known throughout the COVID-19 pandemic when schools began enforcing mask mandates. Children of anti-masking families were caught in between their guardians’ battle with educators and legislators as they fought over whether it was up to a parent to require a child to wear a mask, or a school/business to require masks to be worn in certain facilities.

The growing concept of parental rights is something officials warn the dangers of. According to Politico, governments in all 50 U.S. states can and do have the power to limit “parents’ discretion with the goal of protecting the health, safety and welfare of children.” This was deemed so in the 1944 Supreme Court case Prince v. Massachusetts.

Examples of governments limiting parents rights are seen in laws surrounding child car seat requirements, daycare regulations, and vaccination requirements to attend school. These common parental limitations are not often opposed in the public like the recent sex education standards. According to some officials, like N.J. Sen. Vin Gopal, this is due to the organized spread of misinformation and a lack of transparency regarding sex education.

“We have seen a large amount of disinformation that has been done in an organized effort by professional political consultants and politicians, who should know better, trying to say that school districts and teachers are teaching pornography and different types of sex acts and other things to gradeschool kids,” said Sen. Gopal in an interview with NJ Spotlight, “Yet, we’re not seeing it pointed to an actual school district that it’s happening.”

To attempt to rectify the issue, Sen. Gopal proposed The Transparency in Comprehensive Health and Physical Education Curriculum Act, which passed the Assembly Education Committee in a 4-3 vote on May 19. Now, school districts will be required to publicly post sex education syllabi and allow for parents to provide input on the health and physical education standards taught in their district.

After the bill passed, a sponsor, assemblywoman Linda Carter (D-Plainfield) released a statement saying the bill will help provide parents with further transparency regarding their children’s education.

“Unfortunately, misinformation and disinformation have surrounded the new student learning standards in comprehensive health and physical education causing understandable concern amongst parents and guardians,” Carter said. “With this legislation, we ensure greater transparency, meaning parents and guardians will be well-informed about the health, family life, and sex education curriculum in their children’s schools.”

Under this bill, parents or guardians of students are also allowed to “opt in” or “opt out” of any part of the health, family life or sex education class if it conflicts with their beliefs. Despite this accommodating effort, the “opt out” option has only further angered some right-wing parental figures.

“My granddaughter is going to be entering eighth grade, if she opts out of a class she’s going to be looked at by her peers in a different manner,” Jackson, N.J. grandparent Paula McCarthy-Mammana told the AP. “She may be bullied or harassed and I don’t agree with a child being targeted because of family moral issues.”

“Diversity, equity, and inclusion, that includes gender theory and anti-racism in every single area of curriculum — math, reading, science, social studies, language, and arts,” said Simkin. “There’s no way to opt out of all subjects. It would be impossible.”

As classrooms begin to welcome new students this school year, the fiery, sex education argument continues across N.J. And with vocal politicians on both the left and the right taking positions and stances, Sen.Gopal warns of purposeful and deceptive information being spread.

“These are politicians trying to mislead parents and win votes with fear,” Sen. Gopal told NJ.com. “To this day, they haven’t pointed to a single one of our 600-plus districts teaching inappropriate material to school age children, and they continue to attack the teaching profession as a whole — advocating cameras in classrooms, using loaded terms like ‘groomers.’”

He continued, “They are playing a dangerous game.”