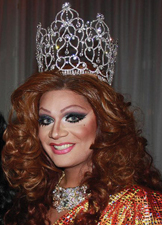 We need to keep reminding ourselves here in New Jersey that we live inside a bubble. We have the best anti-bullying law in the country,  protection in housing and the workplace, civil unions and soon – marriage equality. Our local enemies – The New Jersey Family Research Council and a few ultra- orthodox rabbis from Lakewood – are a small minority who obviously need to get a life – and stay out of other peoples. Outside the bubble however, it isn’t like that.

Following the far- right tradition of choosing innocuous organizational names, the Catholic Family & Human Rights Institute (CF&HRI) has entered the fray as an organization that focuses  on working at the United Nations and other international agencies to reverse all forms of recognition for the human rights of gays. Most recently it has been vocal in support of the draconian legislation advanced by President Putin in Russia that would criminalize all forms of support for LGBT rights. In this effort, Putin no doubt has the full support of the viciously homophobic Russian Orthodox Church.

Supine toadies to the former communist regime, the Russian Orthodox Patriarchate closed its eyes to the destruction of churches and monasteries and the persecution of clergy and church- goers in order to preserve the threadbare privileges of the top leadership. Since the fall of the communists however, the church has stepped forward as a major player in Russian politics once again, just as it was in the days of the Czars. Among the leading items on its agenda is the suppression of Russia’s embryonic  LGBT civil rights rights movement.

Homosexuality was decriminalized in the first flush of liberty following the collapse of communism. Russia however remains one of the most violently homophobic nations on Earth. LGBT rights demonstrations and marches have invariably produced violent police response as well as waves of physical attacks by skin heads, religious fanatics and bigots, all of which are in generous supply, usually with several orthodox priests cheering them on.

Support from organizations that clothe themselves in the semblance of internationalism and use such important buzz words as “Catholic” and “institute” in their names in an effort to create the impression of being some sort of learned institution of serious scholars provides important assistance to people like Putin and the orthodox leadership. These “straw man” organizations such as the CF&HRI lend credence to homophobia with their fulminations of hatred dressed up in the costumes of “protect the children,” and “defend religious liberty.”

One can only wonder where they were when religious liberty was well and truly ground under the iron heel of the now discredited Marxists.

The organization’s president, Austin Ruse,  has of course used this as a fund raising opportunity, calling for donations of $22,000 to meet this month’s payroll. We have seen in New Jersey how homophobia can be turned into a nicely paying career opportunity when we examine the leadership of organizations that have our suppression as their only purpose and the same is true on the international level.  Ruse is pressing for official access to the United Nations and smugly notes that even without it, they have access by using the badges of “good friends like Family Research Council and Alliance Defending Freedom. A petition to deny UN access to the CF&HRI has been started and can be found and signed at www.avaaz.org/en/petition/Deny_UN_accreditation_to_CFAM/?copy

Remember Edmund Burke’s classic dictum “all that is necessary for the triumph of evil is that enough good men do nothing.” You can do something. Sign the above petition.

Writer Toby Grace is Editor Emeritus of Out In Jersey magazine.