Amy Grant may be one of the last people that you would expect to see on the top of the dance charts, but that’s exactly where she has ended up with her latest album “Amy Grant: In Motion The Remixes.”

A virtual all-star group of amazing remixes and producers have converged on the Amy Grant catalog to make some true dance floor magic.

The disc starts off with Chris Cox’s remix of “That’s What Love Is For,” taking a simple 80s-tinged ballad and morphing it into a true dance floor anthem, making the chorus the true highlight in this mixx. Tony Moran & Warren Rigg check in with their mix of “Stay For Awhile,” giving it that classic deep house “Moran & Rigg” feel. Grant’s vocals even have somewhat of a different sound in the hands of these music masters (grab the deluxe edition of this CD. You get a “DESTINATION Mixshow Edit” also by Moran!). Dave Aude checks in with a mix of the early 90s pop hit “Baby Baby” that started to make the rounds in the clubs this spring and really got momentum moving for this project. Aude perfects this mix, stripping the 90s away, leaving Grant’s pop princess lyrics, and tossing in a few vocal tricks, turning it into dance floor treat!

Finally, the legendary Hex Hector checks in with a mix of “Say Once More,” turning this less known track into a hypnotic dance anthem. With slight hints of his mix of Jennifer Lopez’s “Waiting For Tonight,” Hector gives this once darling of the Christian world, a darker danceability that is perfect for this project.

“Hedwig and the Angry Inch” is on Broadway with a reboot courtesy of the book by John Cameron Mitchell (the original “Hedwig”) and music and lyrics by Steven Trask. This time around, Neil Patrick Harris takes on the heels of Hedwig and the transitions is virtually seamless.

While his show stopping turns hosting the Emmy Awards and the Academy Awards already demonstrated that he could command the stage, his vocal abilities in the guise of a transsexual punk star named “Hedwig” are truly astounding.

“Hedwig and the Angry Inch Original Broadway Cast Recording” gives Harris the ability to take on tracks like “Angry Inch” and truly channel the character, making these grittier tracks all his own.

One of the standouts of “Hedwig” has always been the ballad “Wicked Little Town” and Harris turns this Great White Way favorite into a rock lullaby of sorts, with soothing and quite impressive vocals. Closing out the album is the electric guitar anthem, “MidnightRadio.” A starring part and vocals that could veer into the campy direction of “Rocky Horror” is instead a wonderfully updated version a Broadway classic. 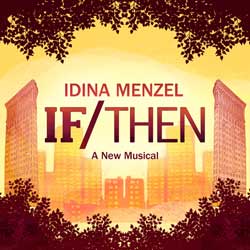 Speaking of the Great White Way, fresh off of her star-making turn behind the voice of Elsa in Disney’s “Frozen” (and a quick stop at the Academy Awards), Idina Menzel is headlining the new Broadway hit “If/Then.” The show is definitely less Elphaba from “Wicked” and more Maureen from “Rent,” both roles originated by Menzel on Broadway.

As Elizabeth (or “Liz” and “Beth” if you’ve seen the play), Menzel is able to showcase her voice with a strong story and fantastic supporting cast (including her “Rent” co-star Anthony Rapp as Lucas) with gloriously soaring anthems like “Always Starting Over,” where she demonstrates the vocal ability she made famous in “Wicked.” Add to that, Anthony Rapp’s “You Don’t Need To Love Me,” those young kids from “Rent” have truly grown into their own. With music by the amazingly talented Tony Kitt, and a book and lyrics by Brian Yorkey, “If/Then” is one of those brilliant musicals that truly is all about the music. 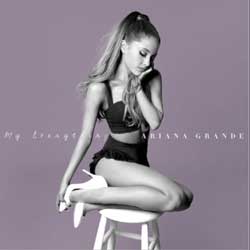 Ariana Grande has become the new princess of pop music, but unlike some of the previous throne holders, she actually has the talent to match. Her new album “My Everything” shows, that while many may be comparing her to Mariah Carey, “Mimi” has nothing to worry about, at least not yet.

Grande’s album is very reminiscent of the early Carey, complete with guest rapper of the moment (Iggy Azalea on the summer anthem “99 Problems”) and the soaring and belt them out notes that Grande is able to hit. A couple of the more downbeat tracks like “Why Try” and “Only I” are certainly for the fans that Grande has grown up with. “Break Free” with Zedd is certainly geared towards the boys on the dance floor that will keep Grande relevant well beyond her Nickelodeon/Disney demographics. If you don’t believe me, check out the “Barbarella-fied” video.

One of the standouts on this album is the powerhouse collaboration between Grande, Jessie J, and Nicki Minaj on “Break Free.” If Christina Aguilera and crew had the market cornered on female collaborations a few years back with their redo of LaBelle’s “Lady Marmalade,” Grande and her girls have just snatched that crown with this one. Expect huge remixes into the fall with this one.