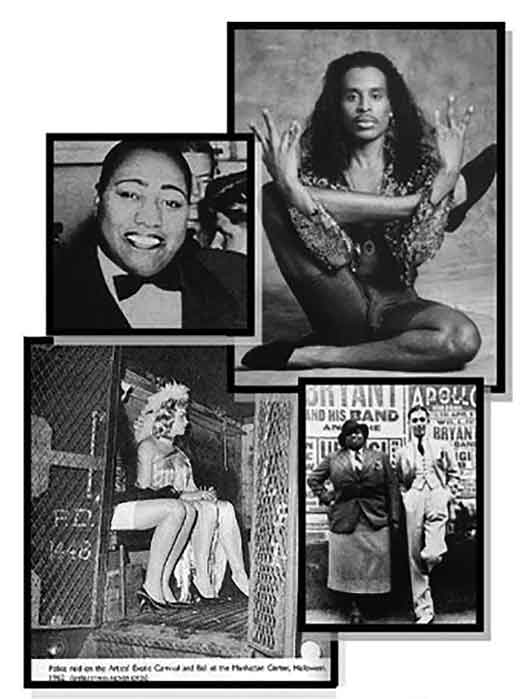 How do you preserve histories that have not been documented or archived? The Queer Newark Oral History Project uses oral history, a process of recording people telling their life stories, to document Newark’s diverse LGBTQ community. The goal of this work is to expand the dominant historical narrative to include the contributions of queer people of color.

The project was founded in 2011 by writer and activist Darnell Moore, Rutgers-Newark history professor Beryl Satter, and Christina Strasburger, Rutgers-Newark department administrator for History and African American and African Studies, as a community-driven endeavor.

Queer Newark’s growing list of oral histories includes black lesbian narrators such as Renata Hill and Venice Brown—two of four friends characterized in the news as a “Gang of Killer Lesbians.” The women were sent to prison for defending themselves against a man who violently attacked them because of their sexuality—to a range of other histories such as church reverends, youth in the ballroom scene, and a co-founder of GLAAD.

Peter Savastano, a professor at Seton Hall, grew up in Newark. His oral history provides a sense of what it was like to experience queer spaces in the 1960s and 1970s as well as local activism during the AIDS crisis. Despite feeling self-consciousness about revealing so much of his life, he emphasized the value of the project.

“To me, it’s just one of the most important things that I could have done in my life, and in my career. I never really thought there would be a venue or a platform for me to tell my story and have it included with all these incredible people. I hope that it continues on, especially with all the changes that we are about to go through as a country. I can’t say how important the survival of the Queer Newark Oral History Project is.”

Saundra Toby-Heath and her wife, Alicia, were the only African-American lesbian couple in the 2006 legal battle for marriage equality in New Jersey. She stated that she enjoyed the interview experience “because I got a chance to talk about Newark, where I was born and raised, and that I love so much.” Like Savastano, she also expressed the importance of the project in the face of the incoming political administration. “Our future depends on us being empowered. 2016 has been a defining year for us—a rough year. The future looks scary and it’s important that we share our history on what got us to this point,” she said. “Queer has a history, and we need to talk about it, share it, acknowledge it, and honor it.”

Former Rutgers University-Newark assistant dean James Credle, also a highly decorated Vietnam veteran, discussed how difficult it was for him to talk about growing up in the Jim Crow South, only to move up north to Newark where there were no “colored only” signs. “Yet, you could still sense that people didn’t want you to be near them, or are afraid of you for whatever reason, mostly because of the color of your skin. And then to see that translate into people denying you rights, because you are gay, lesbian, bisexual, or transgender, that you are somehow less than human. Those are painful things to recall, but they need to be talked about. They need to be told. They need to be available to other people who are growing up and coming to realize who they are. Hopefully, they will find some sense of it’s okay to be who you are, that they indeed are as human as anyone else.”

He stressed how important it is for LGBTQ youth to look beyond celebrities and find queer role models within their own community. He described oral history as “a roadmap, a light from the past that guides them into the future.”

“I think more and more we need to have those histories available to people so that they can find their way, and find a support for them to rally against the inhumanity, which I think is coming. Our oral history points to the humanity of the people who are sharing their history and sharing their work, and their love of community. Love is what it ends up being about, because ultimately, when you look at what they’re talking about they’re talking about hate. And what comes out of our work with the project is the love and caring that exists in our community. Love conquers hate, and is much more powerful.”