Now that I have your attention, where shall we go with this? Since we have now entered the era of “alternative facts,” in which objective reality has become plastic — to be molded at will into any convenient form, there is no longer any restriction on what we can claim to be true.

Donald Trump has convincingly demonstrated the truth of part of Lincoln’s famous dictum, “you can fool some of the people all of the time.” Fake news has now become part of the daily fare from the White House as Trump simply makes up facts and stories as he goes along. 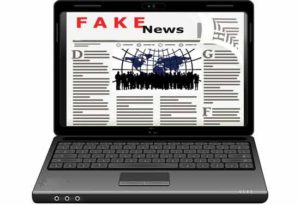 Of course politicians have always shaded the truth, misdirected inquiries, and stonewalled reporters, but the Trump phenomenon is a entirely new situation — one in which the president simply fabricates very serious tales of political wrong doing (millions of illegal votes) and threats to national security (terrorists and murderers pouring in over the borders). His mouth-breathing followers accept every word as gospel. Then he denies having said it regardless of the recordings. Finally he says it again in slightly different words — leaving press secretary Sean Spicer gasping for breath, and the legion of followers nodding and saying “told you so — he said it twice so it must be true.”

Wrapping it up, Kellyanne Conway (who is doing a serious disservice to efforts to lay to rest the old fashioned, misogynistic stereotype of the blond bimbo) will comment along the lines of “that’s the president’s opinion and he knows things.”

Well, yes — President Trump does know things we don’t, and they are mostly things that we don’t want to know — the details of his sex life for example, presuming he still has one. In terms of things a president ought to know — such as how the federal government actually works, he obviously doesn’t know as much as a reasonably attentive 8th grade student in a civics class. That doesn’t matter however because he’s the president and can supply any deficiencies by making up “alternative facts” as he goes along.

On the bright side, this trend could save a lot of tax payer dollars. The whole CIA, for example — created to ascertain actual facts — is now obviously redundant in a time when alternative facts rule. Billions of dollars can be thus returned to the very rich in the form of high-end tax cuts by shutting down this useless agency and just making stuff up.

The Russian government is a power mad kleptocracy run by a KGB murderer? Noooo! That’s an actual fact!

It’s so much nicer to pretend Vladimir Putin is a strong leader who merits respect and is Trump’s personal friend. This becomes true simply by saying it, thus demonstrating that Trump’s magical powers far exceed those of Cinderella’s fairy godmother. She merely transformed a pumpkin into a coach. Trump has transformed the government of Russia merely by speaking magic words. Just think what Trump could do with a pumpkin! Forget about a coach and horses — he could turn it into a Rolls Royce — or even a 747. No need to buy a new Air force 1 — just give him a good size pumpkin and let him get to work on it. There’s another big saving of tax dollars.

One way to combat this would be to fight fire with fire — make up news stories of our own and tweet them all over the place. “Trump actually a reptilian shape shifter from Arcturas. CIA knows it but withholds evidence,” would be my personal favorite. How about “Chris Christie fled White House when reptilian Trump ordered him cooked and served for dinner.” There are so many possibilities. “Trump and Putin make secret deal to turn Kremlin into giant Trump resort. Red Square to become golf course.” Here’s a good one: “Queen Elizabeth plans to poison Trump at state dinner so she can re-claim the 13 lost colonies. CIA has proof.” Or we could concentrate on the domestic agenda: “Trump plans to replace Obama Care with ‘let ‘em die’ policy. Says ‘people don’t get sick unless they want to, so why should the rest of us pay for it?’ Conway says ‘if people were staying in Trump hotels, they wouldn’t be getting sick anyway.’” How about “Trump vows to push pipeline through land sacred to Native Americans — says ‘ hey, anyone can declare anything sacred, but that won’t stop me from making America safe! The North Koreans could declare their missiles sacred. Does that mean I can’t blow ‘em up? Hell no! I can blow up anything I want to. I’m immediately ordering ICE to deport those f***ing Indians back to wherever they came from!’”

Hold on — those last two stories sound uncomfortably like actual truth. We are going to have to be careful with this business of fake news, lest we put ideas into Trump’s head. He’d probably believe them. Carved over the entrance to the CIA headquarters is a verse from the Bible; “Ye shall know the truth and the truth shall make you free,” (John 8/32)

Maybe we should stick with that hope after all, remembering the other part of Lincoln’s dictum; “you can’t fool all the people all the time.”

Toby Grace is Out In Jersey magazine’s Editor Emeritus.

Creep of the Week: Republican Party