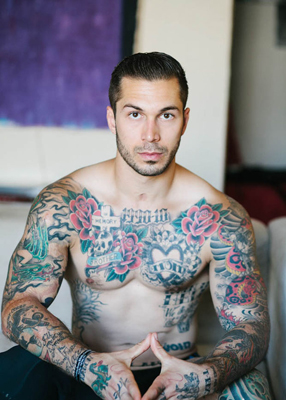 The editors at the Associated Press Stylebook have announced that they are “discouraging” use of the word “homophobia.” The AP Stylebook is the widely used guide that media use to standardize terms and general usage. Why should the LGBT community be in a kerfuffle about it? Because the editors made their decision without consultation with the nation’s leading LGBT organizations, leaders, activists, and newspapers. That is a problem.

With an estimated 3,400 AP employees in bureaus around the globe, its suggestion could have a tsunami-like effect on how the world comes to understand, be informed about or dismiss discrimination against lesbian, gay, bisexual, transgender and queer (LGBT) people.

AP’s online Stylebook defines “phobia” as “an irrational, uncontrollable fear, often a form of mental illness” and therefore should be expunged from political and social contexts, including words such as “Islamophobia” and “homophobia.”

Preciseness in language is important, yet language is a representation of culture. How we use it perpetuates ideas and assumptions about race, gender and sexual orientation. We consciously and unconsciously articulate this in our everyday conversations, about ourselves and the rest of the world, and it travels generationally.

What’s in the word “homophobia”? A lot. The history and culture of not only discrimination, violence, and hatred toward LGBT people but also an irrational fear of us. It’s this irrational fear that may not need psychiatric or clinical intervention but should nonetheless be aptly labeled as none other than a “phobia.”

For example, the infamous bogus legal argument called the “gay panic defense.” It’s simply an excuse for murder in which a heterosexual defendant pleas temporary insanity as self-defense against a purported LGBT sexual advance.

Another example, the “ick factor.” It’s the revulsion some heterosexuals feel toward the way we LGBT people engage in sexual intimacy.

Altering the hearts and minds of these folks will take a while, if not a lifetime.

According Dave Minthorn, AP Deputy standards editor, who shared with POLITICO the word “homophobia… (is) just off the mark…it’s ascribing a mental disability to someone, and suggests a knowledge that we don’t have. It seems inaccurate. Instead, we would use something more neutral: anti-gay, or some such, if we had reason to believe that was the case.

It is of my opinion that by keeping the word “homophobia” narrowly used and confined within a medical context is controlling. I feel that only a homophobic word police would utter such absurd advice. Moreover, it’s also absurd for AP to think that their discouragement of the use of the word with absolutely no consultation with the LGBT community demonstrates hubris and insensitivity. It also raises queries about AP’s political and social motives for doing so.

Just ask George Weinberg, the psychologist who coined the word “homophobia” in his 1972 bookSociety and the Healthy Homosexual.

“It made all the difference to city councils and other people I spoke to,” Weinberg told journalist Andy Humm, who shared the quote with The Advocate and other media. “It encapsulates a whole point of view and of feeling. It was a hard-won word, as you can imagine. It even brought me some death threats. Is homophobia always based on fear? I thought so and still think so…We have no other word for what we’re talking about, and this one is well established. We use ‘freelance’ for writers who don’t throw lances anymore and who want to get paid for their work. … It seems curious that this word is getting such scrutiny while words like triskaidekaphobia (the fear of the number 13) hang around.”

The word “homophobia” derives from a particular history and struggle for civil rights of LGBTQ people across the world. And it has become part and parcel of a universal LGBT lexicon that speaks truth to our reality.

The word has power and unfortunately deleterious effect. And part of our liberation is in our strength to call acts of homophobia out.

To suggest the press eliminate the word can not only diminish the scope of people understanding homophobia’s wide range, but it can also diminish our scope of LGBT activists in our continued efforts to effect change.

AP now has control of the word “homophobia” yet it’s not theirs. Several mainstream newspapers are pushing back. (Newspapers, and media, are under no order to follow AP guidelines.) John E. McIntyre of the Baltimore Sun wrote in his column “Sorry, AP, can’t go along on ‘homophobia” that the AP “ruling on this point in reasoned, principled, and wrong-headed.” McIntyre points to the 40 year usage of the word “homophobic” and makes a practical point – “If the editors of theAP Stylebook wish to discourage the use of certain words simply because they can be misused or misunderstood, there ought to be a great many in line ahead of homophobia.”

Author Rev. Irene Monroe may be reached at revimonroe@me.com.

The editors at the Associated Press Stylebook have announced that they are “discouraging” use of the word “homophobia.” The AP Stylebook is the widely used guide that media use to standardize terms and general usage. Why should the LGBT community be in a kerfuffle about it? Because the editors made their decision without consultation with the nation’s leading LGBT organizations, leaders, activists, and newspapers. That is a problem.