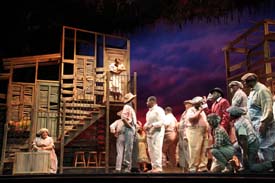 There are a lot of sound reasons to critique Keynesian economics, but a reason that its creator was gay shouldn’t be one of them. Niall Ferguson, the Laurence A. Tisch Professor of History at Harvard University, has sadly, just found that out. Ferguson’s speech to investors and financial analysts at the Tenth Annual Altegris Conference in Carlsbad, CA that should have awed his audience instead it shocked and offended them.

And what some say were characteristically Fergusonian— contrarian, provocative and offensive— the Harvard economic historian hinted that John Maynard Keynes (one of the most influential economists of the Twentieth Century), long-term economic theories were misguided, at best, and flawed, at worst, because he was childless and gay.

“Keynes was a homosexual and had no intention of having children. We are not dead in the long run … our children are our progeny. It is the economic ideals of Keynes that have gotten us into the problems of today.”

In a moment that should have highlighted Ferguson’s erudition on economic history during the question-and-answer session when asked to speak on Keynes’ philosophy of self-interest versus Edmund Burke’s philosophy of a free market system, Ferguson, some would also say, stuck his foot in his mouth.

“He was married to a ballerina, with whom he likely talked of ‘poetry’ rather than procreated.”

Now, Ferguson, like all high profiled homophobes, must publicly do damage control to avoid potentially jeopardizing job security as well the reputation of institutions affiliated with him. Ferguson’s mea culpa,”An unqualified apology” can easily be accessed from his website.

“My disagreements with Keynes’s economic philosophy have never had anything to do with his sexual orientation. It is simply false to suggest, as I did, that his approach to economic policy was inspired by any aspect of his personal life. As those who know me and my work are well aware, I detest all prejudice, sexual or otherwise.”

If these words aren’t contrite or authentic enough, let’s remember that every bigot has at least one good friend to bail him or her out. And to Ferguson’s rescue is renown gay author and editor of the blog, “The Dish,” Andrew Sullivan.

“If he really believed gay men had no interest in future generations, why would he have asked me, a gay man with HIV, to be the godfather to one of his sons? And why would I have accepted?”

Perhaps the answer is embedded somewhere in the fact that Ferguson and Sullivan, back in the day, were college cronies at Magdalen College, Oxford. Both colleagues, then as now, share a near zealot affinity for right-wing politics.

Among conservatives, like Ferguson, Keynesian economics, since its inception, has confronted a barrage of criticism. While some of the critiques are, without doubt, substantive, sadly an overwhelming number of them have been ad hominem attacks on Keynes, the man, beginning with his contemporary and arch rival Joseph Schumpeter.

“He was childless and his philosophy of life was essentially a short-run philosophy,” Schumpeter cuttingly wrote his 1946 “American Economic Review” obituary for Keynes.

Critics of Keynes who downplay Schumpeter’s and Ferguson’s gay-bashing spin these homophobic remarks not as ad hominems but rather as important and insight tidbits about the man. Some will go so far as to appropriate the feminist creed “The personal is political and the political is personal” to obfuscate their malign intent.

“To ignore elements of Keynes’s private life, however, as does his first major biographer, Roy Harrod— particularly Keynes’s homosexuality, despite its featuring in nearly two decades of passionate and poignant correspondence from the early 1990s— is to underplay the importance of Keynes’s associations outside official college and government circles, in particular with members of the Cambridge .

To Keynes credit critics of his sexual orientation didn’t force him to live a closeted life. In his early years Keynes openly had many same-sex relations, and kept a diary of his exploits.

The fluidity of Keynes’ sexuality became evident in his later years when he fell in love with the renown Russian ballerina, Lydia Lopokova. While many biphobics would suspect that Keynes became a “down low” philanderer, historical records inarguably state that Keynes and Lopokova lived a life of marital bliss.

While Ferguson’s gay- bashing of Keynesian economics was to discredit Keynes and his entire body of work, it has rather done the reverse- brought renewed international attention to a renown economist and to another one of our LGBTQ unsung forebearers.

There are a lot of sound reasons to critique Keynesian economics, but a reason that its creator was gay shouldn’t be one of them. Niall Ferguson, the Laurence A. Tisch Professor of History at Harvard University, has sadly, just found that out. Ferguson’s speech to investors and financial analysts at the Tenth Annual Altegris Conference in Carlsbad, CA that should have awed his audience instead it shocked and offended them.