The Creating Change Conference is in new management hands. The National LGBTQ Task Force appointed Andy Garcia the next director of the conference. Garcia succeeds Sue Hyde, the conference’s founder.

The search for a new director was initiated when Hyde announced in November that she had accepted the position of executive director of the Wild Geese Foundation. 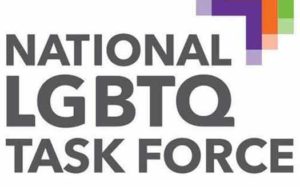 “It is my pleasure to welcome and celebrate Andy Garcia as he takes the wheel of the Creating Change Conference,” said Hyde. “His years and wealth of experiences and relationships in the LGBTQ movement will well serve Creating Change, the National LGBTQ Task Force, and the movement.”

Garcia explained the importance of the conference he is set to lead, “Creating Change celebrates what is best about the LGBTQ movement.” He stresses the movements abundant strength, powerful diversity, unending commitment to a broad, progressive vision of working for justice and liberation. Garcia said Creating Change is not just another conference. “Through its values, the spaces it creates, and the people it brings together,” he said, “Creating Change has shaped the lives of so many of us, not just as activists, but as people.”

Andy Garcia has served in many roles in LGBT community

Garcia has also served in many roles within the LGBT movement. He served on the staff of The Pipeline Project, working to increase the number of people of color in leadership positions within the LGBT movement. As program director at the Boston Alliance of GLBT Youth (BAGLY), he organized the annual BAGLY Youth Prom. The event annually draws over 2,000 youth from throughout New England. Garcia also served on the staff of the National Youth Advocacy Coalition (NYAC).

Garcia is excited to lead a conference he knows well. “I am thrilled and honored to join the National LGBTQ Task Force as the new Director of Creating Change, a conference that has been part of my life for nearly 25 years.”

Carey said she and Garcia worked together when they were both on staff at NYAC. “I had the pleasure of working with Andy many years ago supporting LGBTQ youth leaders,” she said. “I’ve followed his career since then — both in the LGBTQ movement and in the reproductive rights arena.”

The Creating Change Conference is the National LGBTQ Task Force’s annual gathering of nearly 4,000 advocates and activists. More information can be found at CreatingChange.org