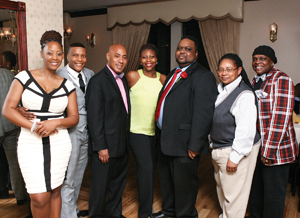 Doug DeVos, owner and president of Amway, gave $500,000 to the anti-LGBT National Organization of Marriage.  As a result, some LGBT activists are now calling for a boycott of the direct-sale health and beauty company.

Fred Karger, erstwhile candidate for the Republican presidential nomination and founder and president of Rights Equal Rights, a nonprofit formed during the Proposition 8 vote in California, has launched a boycott against all companies owned by the DeVos family, including the Orlando Magic basketball team.

In 2009, DeVos used his personal foundation, the Douglas and Maria DeVos Foundation, to make the hefty donation to NOM, an anti-LGBT organization based in Princeton, N.J. Karger told Raw Story that he believes the DeVos donation is the largest family donation NOM has ever received. The DeVos family has a history of large donations to organizations actively fighting against LGBT equality. Rich DeVos, Doug DeVos’ father, used the Richard and Helen DeVos Foundation to make his own contributions to anti-LGBT groups.

In response to the boycott, Amway counters that it does not restrict the personal giving of its officials or employees. “Our employees and distributors come from all walks of life and represent an incredibly diverse set of backgrounds. The Amway opportunity is open to everyone,” the company said in a statement obtained by Michigan Live.

Read more about the boycott at BoycottAmway.com.

Doug DeVos, owner and president of Amway, gave $500,000 to the anti-LGBT National Organization of Marriage.  As a result, some LGBT activists are now calling for a boycott of the direct-sale health and beauty company.

Can a business fire someone because they are LGBT?