Dua Lipa is the definition of the underdog. Her self-titled debut album Dua Lipa, released in 2017, was actually delayed eight months past its original release date. Nevertheless, the end result would be nine singles, two expanded editions and two concert tours. Despite difficulty crossing over to the United States market initially, Dua Lipa’s key to success has been a plethora of know-your-worth anthems targeted to the youth. Lipa keeps the formula for her sophomore follow up, Future Nostalgia, whose lead single “Don’t Start Now” has seemingly become the theme of the Coronavirus pandemic, resulting in an overload of TikTok and Instagram videos on social media.

The new effort is akin to a modern Confessions on a Dance Floor (Madonna), absent of any ballads, and filled with ten solid tracks of pure house pop. From “Cool” to “Levitating” to “Hallucinate,” dance music was made for Lipa’s sultry vocals.

In comparison to 2017’s Flicker, Niall Horan’s sophomore album Heartbreak Weather is a progressive effort exploring every facet of a breakup through 14 solid tracks. Serving Ed Sheeran and Lewis Capaldi vibes, albeit more radio friendly and melodic, Heartbreak Weather stands out in that its singles are not the highlight of the record. With the exception of “No Judgement,” an addictive single about finding solace in a potential partner you can let your guard down with, the non-singles are the sweet spot.

While Capitol Records was smart in making “No Judgement” a single as it is easily one of the best pop tracks of 2020, they could take to reconsider their selections moving forward, especially when there are gems ala the anthemic “Cross Your Mind” and “New Angel.” Furthermore, “Arms of a Stranger,” and “Everywhere” showcase a more vulnerable Niall and overall a more mature side to the One Direction band mate.

Fiona Apple’s highly awaited fifth studio album, Fetch the Bolt Cutters, was worth the wait. Nothing short of a masterpiece, the album is unparalleled in vocals and production alike, providing a real glimpse into the heart and mind of a vulnerable 2020 Fiona Apple.

Although Fiona’s earlier albums detailed the heartbreaking Holden Caulfield-esque realization of an imperfect society, addressing everything from multiple forms of betrayal to depression to rape, Fetch the Bolt Cutters continues the journey in a revolutionary manner. Ultimately teaching us about self-reliance, despite amazing instrumentals and vocals, the primary instrument proves once again to be Apple’s unequivocal songwriting skills. Often times, as they move further in their career, acclaimed songwriters opt to use more basic verbiage to allot for easier melodies (ex: Lisa Loeb). However, Fiona fiercely does the opposite, and hits back at the status quo with every track on this thirteen-track triumph from “I Want You to Love Me” straight through to “Oh I Go.”

Australian quartet 5 Seconds of Summer is back and serving up a new sound. 5SOS’s fourth studio album and follow up to 2018’s Youngblood, Calm is an experimental move while still maintaining the band’s pop roots. Exploring with an industrial sound, Calm marks 5SOS’s first album on Interscope records after having spent six years with Capitol Records.

Judging by the sound, the label switch is a good move, as the new record features the band’s most honest lyrics to date. From discussing the complexities of relationships to the challenges in today’s society, the band pairs raw lyrics with smooth harmonies, powerful beats, strong baselines and sensuous guitars. There is no disappoint as tracks like “High” and “No Shame” showcase a much more sensitive side to the guys while “Wildflower” was made for Top 40 radio. A good move all around.

JoJo is back and making up for lost time. Good to Know is JoJo’s fourth studio album and

marks her first release since leaving Atlantic Records to launch her own record label, Clover Music, under Warner Records. The youngest female solo artist to hit #1 in the United States at 13 with 2004’s “Leave (Get Out),” JoJo is now 29 and is moving on to a more R&B sound which always suited her more than the limiting pop of the self-titled JoJo and The High Road.

Good to Know does R&B justice with tracks like the appropriately titled “Comeback”, highlighting JoJo’s sultry vocals and working well with contributions from Tory Lanez and 30 Roc. JoJo does an impeccable job at conveying the emotion behind the lyrics in all eleven tracks on the new effort whether it be discussing the importance of loving you as you expect a partner to in “Man” or failing at moving on from a relationship in “Think About You”. A welcome change through and through. 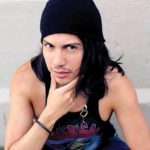 2020 is proving to be the Summer of collaborations. The biggest names in music have teamed up to create some of the most tantalizing anthems, getting us out of lockdown and back on the grind(r).