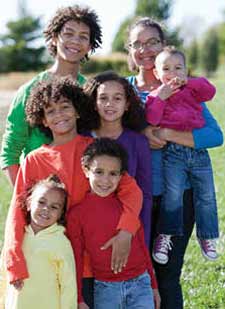 Adding to the growing opposition to Russia’s anti- gay laws and the failure of so many Olympic advertisers like Coca-Cola, McDonalds and VISA to speak out against those laws, Scott Wooledge an LGBT activist and member of Queer Nation NY launched a new parody website, www.CheersToSochi.org.

His site serves as a resource for people to continue the conversation with Sochi Olympic sponsors about their concerns with LGBT rights in Russia. Last week LGBT activists successfully hijacked advertising promotions by Coca cola, and McDonald’s, just two of many Winter Olympic sponsors.  The hastag #CheerstoSochi was created by McDonald’s to connect twitter users to athletes, but #CheersToSochi quickly became a grassroots uprising of human rights supporters expressing their frustration and objections.  to Sochi 2014 sponsors over their silence on LGBT and human rights abuses in Russia. While McDonald’s current owns and operates CheersToSochi.com — CheersToSochi.org, a new parody website, has now become a one- stop website to hold advertisers accountable over the long term.

A few Winter Olympics sponsors have made public statements against the anti- gay law in Russia. DeVry University, an education company, and the yogurt maker Chobani, plus AT&T are the corporate exceptions thus far to say they disagree with Russian authorities and the anti gay propoganda law. But they are only three sponsors out of many dozens supporting the Olympic games in Sochi, Russia.

“Many LGBT rights organizations have already written sternly worded letters calling for words and action. Hundreds of thousands quietly signed internet petitions. Activists around the globe have demonstrated loudly in the streets of New York City, London, Berlin and elsewhere,” explained Scott Wooledge, creator of www.CheersToSochi.org parody website, and one of the first to hijack McDonald’s hashtag. The hashtage #CheersToSochi speaks to frustrated people around the world he says, “who are disgusted with the sponsors’ silence and tacit consent with Russia’s war on gays.” He says they have damaged their brand images worldwide.”

Wooledge created the CheerstoSochi.org parody website, where users can browse a library of existing social media content and share them with their network, create their own social media content with the #CheersToSochi meme- maker, and find links to social media accounts for all the top ten Sochi sponsors to take action themselves.