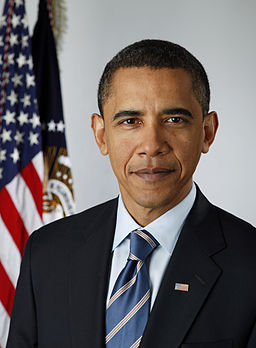 Faithful readers will not be surprised to know I’m outraged. I’m often outraged. It is the inevitable fate of anyone with a modicum of education and common sense in today’s world. Today, I’m outraged about matters pertaining to the governors of New Jersey: the present one and the first one.

Let’s start with the present one. Governor Christie excels at playing the superhero – rushing to eye-popping disaster sites such as the Jersey Shore after Hurricane Sandy, rallying the troops, boosting moral and strong-arming the feds for aid. He’s good at it, and we won’t deny it. The Jersey Shore is back in business, and some of the credit is the governor’s.

The outrage, however, comes from much deeper and less photogenic issues. It comes from his shocking failure to understand the structure of our government and the foundational philosophy of the founding fathers. Nothing reveals this failure so clearly as his reaction to the decision of the Supreme Court to throw out the Defense of Marriage Act, dating back to 1996.

“It’s just another example of judicial supremacy rather than having a government run by the people we actually vote for,” Christie said on NJ 101.5 FM radio.

The governor really needs to take a course in constitutional law. Reading “The Federalist Papers” would be a good idea as well. Most of this nation’s great leaders have considered “The Federalist” mandatory bedside reading, but somehow I doubt Christie even owns a copy. If he does, he shows no signs of understanding it.

In brief, it is the role of the Supreme Court to review the actions of “the people we vote for” – the laws they pass – to determine whether or not those laws are in accord with the Constitution. That is their essential job. It’s what they do. This really shouldn’t be coming as news to a state’s chief executive, especially one who harbors presidential ambitions. Christie has denied this so often that we must believe he actually does. Besides, the ultra conservative Koch Brothers really do want him to run, and what they want, they usually get.

“What I’ve said all along is what I said when I vetoed the last one [marriage equality bill], ‘Let the people decide,’” said Christie. “You’re talking about changing an institution that’s over 2,000 years old. The Democrats are putting an increase in the minimum wage on the ballot. That’s important enough to put on the ballot, but gay marriage is not?”

In this expression of his thinking, Christie reveals an ignorance of basic political theory that is breath taking. The answer is NO, “the people” should not get to decide on anyones’s  civil rights. Civil rights are inherent in every citizen and are not a matter for referendum. If one could have a popular vote to increase the rights of a subset of citizens, one could just as easily have a vote to decrease the rights of others. You don’t like – say – Muslims or Masons or Methodists? Fine – get a petition up to place a referendum on the ballot making them second class citizens.

“Madness” you say? But of course it is madness, and yet just such madness has distinguished much of our nation’s history – a long struggle to effectuate the basic idea that “all men are created equal,” men being used in the sense of “mankind” which includes women.

It has been the failure to understand that very simple concept that produced such stains on our nation’s history as the Know Nothings, the Cherokee resettlement (Trail of Tears,) the Chinese Exclusion Act, the Jim Crow laws, the Japanese Internment and a lot more.

I’m quite sure Governor Christie would not support any of those discredited elements of our past but in wanting to put LGBT civil rights up for a popular vote, he places himself in the same moral and intellectual camp that produced them. That he does not comprehend this is deeply disturbing and a clear warning that this man, dynamic and quick witted though he is, is not presidential timber. He shouldn’t even be governor.

Moving on to another gubernatorial issue, when I was in our magnificent State House in Trenton for Garden State Equality’s rally on the day after the Supreme Court decision, I took an appreciative look at the many dignified and impressive portraits of state leaders going all the way back to the 18th Century. They adorn all the marble corridors and, somberly watching us from their ornate, gilded frames, silently remind us of the sacrifices of past generations and the duties of public service. Numerous past governors are represented, but there is one glaring omission – our very first governor, Lord Cornbury.

I could find no representation or even a mention of this cousin of Queen Anne who was appointed our first royal governor in 1702, following the Privy Council’s decision to disestablish the Board of Proprietors (quick Jersey history fact: the Board of Proprietors still exists, though it has had no official role since 1702, and is the nation’s oldest corporation.)

Lord Cornbury was not a success as governor. That much is indisputable. Regardless of his peccadillos however, he was our first governor, and he was a transvestite.

His official portrait, on display in the main lobby of the New York Historical Society, shows him wearing a rather magnificent ball gown, suitable for any royal court. His Lordship was governor of New York as well as New Jersey so New York’s right to the portrait is indisputable and possession is nine-tenths of the law. However, why do we not have a copy in the State House along with all the other governors? Like him or not, Lord Cornbury is part of our history and history is never improved by ideological editing.

There were school groups being shown the grandeur of our capital building when I was there, and the thought occurred to me that among those many young people, there are doubtless some who are transgender. There are beyond doubt some who are gay, some who will want to do drag, some who will need to express themselves in ways that are outside the traditional norms of society. Seeing a copy of the portrait of our first governor hung on those marble walls right along with all the others would send a quiet but unmistakable message that “you too can be part of our glorious history – you too can have a place on these walls. Nothing is impossible.” What a message of hope that would be for those young people.