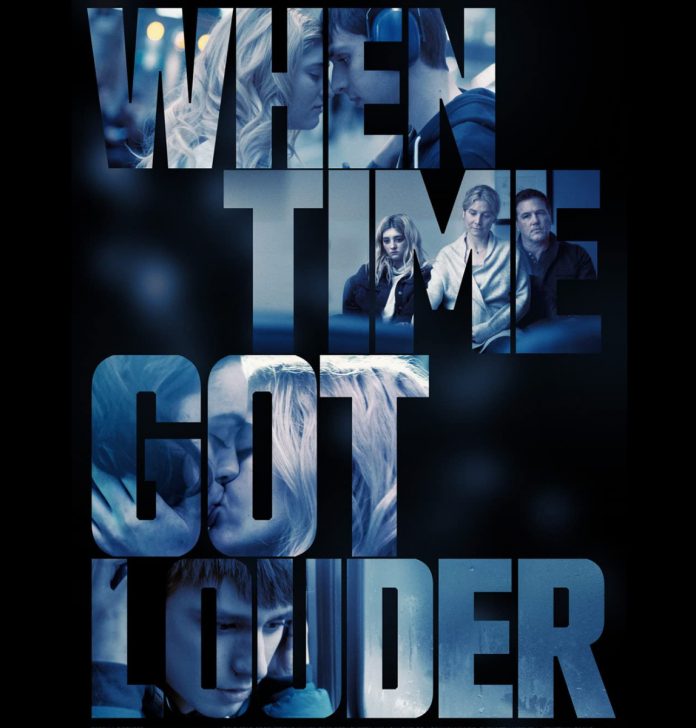 Review of When Time Got Louder

Using her personal experiences with autism, Connie Cocchia has made a very engaging film about autism that also intersects with the exploration of feelings about sexuality. When Time Got Louder is very moving if at times repetitious but definitely worth watching.

When Time Got Louder is a film about the struggles of a family raising a nonverbal autistic young man. The film highlights each individual family member’s struggle to find their role in relation to Kayden and his needs. Each has to balance their own needs for work, for daily household functions, possible social life and for supporting each other.

Abby, Kayden’s older sister, has been the primary caregiver and support for him since they were children. She feels guilty for leaving him to go to college. She is torn between her independence and her responsibility towards her brother.

She falls in love with a woman which compounds this guilt. She would have felt the guilt, no matter whom she dated, but the fact that it is a woman makes it more difficult. She is afraid to introduce more turmoil to the family dynamic.

Although they supported their daughter in her dreams of going away to college, it increased the household tensions. When Time Grew Louder follows the family’s efforts to find a solution and a support system for their son without putting him in a home.

The film, which premiered at Frameline 2022 in June, was written, directed, and produced by Connie Cocchia. The daughter Abby, played by Willow Shields, and the father Mark, played by Lochlyn Munro, were especially good. The mother Tish, played by Elizabeth Mitchell, provided most of the overly melodramatic scenes. Jonathan Simao played the difficult role of the nonverbal son. The use of flashback was quite well done and the cinematography was also good.

Although sometimes slow When Time Got Louder is a well made film that is worth seeing by all audiences.

“Albatross” is a movie of love and lives behind the masks

“Wild About Harry” reminds LGBTQ community about the struggle for acceptance

‘Art is the only lie that tells the truth,’ and it does in “Tu Me Manques”