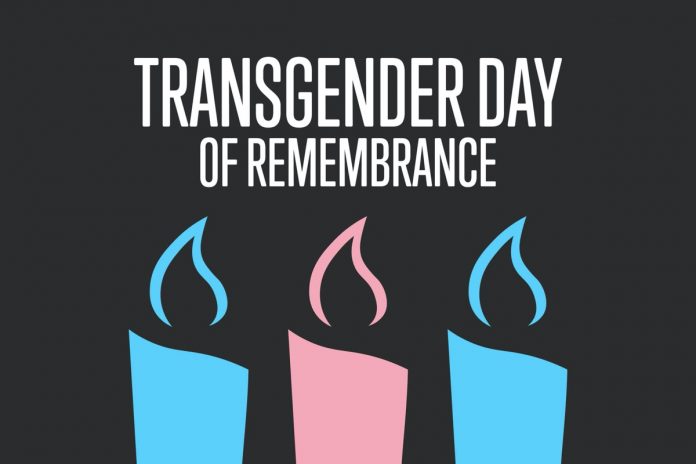 HRC released “An Epidemic of Violence: Fatal Violence Against Transgender and Gender Non-Conforming People in the United States in 2022” a report honoring the lives of at least 32 transgender and gender non-conforming people killed in 2022 and shining a light on data that HRC has continued to collect on the epidemic of violence.

This report comes amidst a shockingly large wave of anti-transgender legislation says HRC. Nationwide, more than two dozen anti-LGBTQ bills have been enacted out of more than 250 introduced. Some bills put bans on transgender youth playing sports with their peers and using bathrooms and locker rooms in accordance with their gender identity. Other proposed bills ban doctors providing safe, legal, and medically necessary gender-affirming medical care. HRC has tracked an increase in bans on books discussing LGBTQ identities in schools, and “Don’t Say Gay or Trans”-style laws restricting the discussion — and the existence —of LGBTQ people in schools. Each of these bills aims to restrict the areas of public life where transgender people can freely and openly participate.

“The Transgender Day of Remembrance is a solemn tradition, a moment where transgender and non-binary people can gather together to mourn those lost and hope for a better future,” said Tori Cooper, Director of Community Engagement for HRC’s Transgender Justice Initiative. “Ten years and over 300 hundred deaths that we know of is a grim milestone. I call on transgender people everywhere and our allies to respond to this dark moment by advocating anywhere and everywhere, to whomever will listen, in support of our lived and legal equality — and, most importantly, our lives. We will honor their lives and their memories with action.”

“For ten years, we at HRC have tracked fatal violence against trans and gender non-conforming people, with the goal of memorializing their lives and uplifting their stories to bring this epidemic of violence to an end. Each and every one of the at least 300 people killed since 2013 was a person with a full, rich life that did not deserve to be cut short,” said Shoshana Goldberg, Director of Public Education & Research for the Human Rights Campaign Foundation.

“This year saw unprecedented amounts of negative rhetoric and stigma aimed by anti-equality political leaders and public figures at transgender and non-binary people, as well as their families, loved ones, and even their medical providers,” said Goldberg. “You can’t separate that from the horrific, ongoing violence against transgender people. We will fight for change. We must dismantle this stigma. Together, we can bring this epidemic of violence to an end.”

Many factors lead to this violence. Anti-transgender stigma leads to the denial of opportunities in society, such as employment discrimination and exclusion from health care, as well as to increased risk factors such as poverty and homelessness. The combination of these intersectional factors, which are often exacerbated by racism and sexism, can lead to an increased risk of fatal violence. Learn more in HRC’s groundbreaking report, “Dismantling a Culture of Bias: Understanding Anti-Transgender Violence and Ending the Crisis.”

TThis week, Nov. 14-19, HRC commemorates Transgender Awareness Week, an annual event that is dedicated to illuminating both the progress and the unfinished work in the fight for transgender and non-binary equality. The week culminates in the Transgender Day of Remembrance, held every year on Nov. 20.

For more information on the Human Rights Campaign’s work on transgender and non-binary equality, visit hrc.org/transgender.

U.S. Senate held a cloture vote for the Respect for Marriage Act