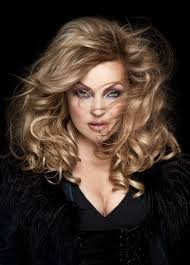 The LGBT community saw a whirlwind of change in 2012. In many states across America, and even on the federal level, many referendums, laws and regulations brought greater equality to all families. In Wisconsin, Tammy Baldwin was elected as the first openly-gay U.S. Senator. Nationwide, many other LGBT politicians were elected. But here in the Garden State, nothing changed. Should there be a cause for optimism in 2013?

Democratic State Assemblyman Reed Gusciora of Trenton says yes. He introduced a measure in the state legislature on December 10, 2012 to put a marriage equality initiative on the ballot in November. As one of only two openly-gay members of the New Jersey State Legislature, he says he is reminded regularly how important this issue is to countless of his constituents, both gay and straight, who want to see marriage equality become a reality in New Jersey.

“While I firmly believe civil rights issues are not appropriate for the ballot,” says Gusciora, “we are at a crossroads where the Governor refuses to sign legislation duly passed by both the Assembly and Senate.” He says he feels that the timing this year may be just right for New Jersey marriage equality.

For several years now, Governor Chris Christie, a highly regarded and popular Republican, said he believed the issue of “gay marriage” belonged on the ballot with the voters. This was a popular Republican position all across America. The LGBT marriage equality movement had seen every ballot initiative for full civil rights defeated in over three dozen states— over and over and over again. How could Gusciora, a staunch democrat, now agree with the Republican Governor on allowing the voters to decide?
Because marriage equality ballot measures were voted on and passed in the states of Maine, Maryland and Washington this past election. This has changed how some anti-gay political strategists are thinking. With the passage of marriage equality measures in all three states and with an anti-gay Defense of Marriage ballot measure being defeated in Minnesota, some think the times may have changed. Prior to last November’s election, there was no cause for optimism on any statewide ballot measure for gay civil rights anywhere in the U.S. But now, some are saying it may be a different time. But LGBT equality advocates are strongly united in opposition to putting civil rights for any minority group— especially LGBTs— up for a vote.

Gusciora himself had opposed such a ballot measure as a matter of principle—as did a majority of the Democratic legislators and the entirety of the LGBT activist community in the Garden State. Although so-called accurate polling data had favored LGBT equality measures in many states as well as in New Jersey in the past, when the votes were actually cast the LGBT community lost every time. Why would New Jersey be different?

Democratic State Assemblyman Reed Gusciora of Trenton says yes. He introduced a measure in the state legislature on December 10, 2012 to put a marriage equality initiative on the ballot in November.

So, it is not yet completely clear how much things may have really changed in this state on this issue. Gusciora freely acknowledges that some, if not most, gay advocates will continue to oppose such a ballot measure as he once did out of fear of a negative outcome. Meanwhile, whether the Governor still believes the issue should be voted on by the electorate is not known for sure.

Before Hurricane Sandy, Christie had one of the highest voter approval ratings for a New Jersey Governor. But after the storm, he now has the highest approval ratings ever known since polling began in the Garden State. Christie is quite a force in New Jersey politics. His approval rating in the state is over 75% (60% among die-hard Democrats). That is scary to LGBT advocates. Even those who disagree with many of his policies vehemently say there is one thing that is a known constant with Christie: You always know what he thinks, and you can count on him to do everything he can to carry out what he says he believes.

2013 is a gubernatorial election year in New Jersey, one of only two governorships that will be up for election (the other being Virginia). Plenty of political pundits are watching Christie’s every move this year to see if there is a sign of clear movement toward running for president in 2016. Most say it is only a matter of time. If Christie has to deal with a marriage equality ballot measure or other LGBT issues, many Republicans will be watching very closely how well he handles it. They will be looking to see if he is just a New Jersey sensation, or if he can rejuvenate the Republican brand nationwide as a presidential candidate.

GSE’s former chair Steven Goldstein said to the Star Ledger, “If the Assemblyman wants to do his own thing… then God bless him, but I would imagine the leaders of the Legislature would consider his efforts dead on arrival.” Photo by Dan Epstein.

The marriage equality measure (A3611) submitted to the legislature in Trenton by Gusciora was immediately criticized by other Democrats in the state as well as all LGBT activist organizations we contacted across the state. Garden State Equality chair Steven Goldstein said to the Star Ledger, “If the Assemblyman wants to do his own thing… then God bless him, but I would imagine the leaders of the Legislature would consider his efforts dead on arrival.”

In December, GSE’s Goldstein told BlueJersey.com, “We are closer to an override than ever.” But with a referendum on the ballot, he noted that progress will be diminished because it would “provide cover” for those Republicans who are on the fence to vote to sustain the veto. He pointed out that if a referendum were defeated in New Jersey it would send a bad signal to the courts, and could even affect the Democratic majority in the legislature.

The same words were echoed by every LGBT activist spoken with, as well as State Senator Raymond Lesniak of Union who commented in December that the measure, “is a very dangerous course to proceed.” He said with just two Governor’s races in the entire nation that anti-gay forces would be able to find the money to pump tens of millions of dollars in from right-wing groups nationwide.

Meanwhile, Gusciora says that there is much broader acceptance of same-sex marriage as seen in the recent voter tally in Maine, Maryland and Washington, and he feels New Jersey would do the same. “I completely respect the older established gay organizations that are willing to let the status quo stand,” says Assemblyman Gusciora. “But this is really about the next generation.”

Gusciora mentioned the upcoming session of the U.S. Supreme Court which will be deciding on a case involving marriage rights for Californians. He said that might make the issue completely moot. The New Jersey Supreme Court meanwhile is reconsidering how the states current civil union law is not fully granting equal rights to same-sex couples. That decision may be years away however.

He has been encouraged by Bergen County Republican Holly Schepisi who has signed on to make the bill bi-partisan. Gusciora feels that no matter the early outcome or the reluctance by some to go this route that it at least will spark some positive dialogue. He says, “In the very least, it advances the ball.”

The LGBT community saw a whirlwind of change in 2012. In many states across America, and even on the federal level, many referendums, laws and regulations brought greater equality to all families. In Wisconsin, Tammy Baldwin was elected as the first openly-gay U.S. Senator. Nationwide, many other LGBT politicians were elected. But here in the Garden State, nothing changed. Should there be a cause for optimism in 2013?